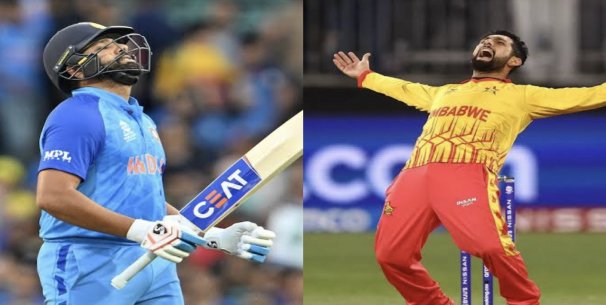 The Indian Cricket Team is having a great time in the T20 World Cup 2022. They are sitting on the top of the points table of Group B with 3 wins out of 4 encounters and are open the verge of qualification. The fate of the Indian team is in their own hands. All they have to do is win their last game and book their berth in the semi final with no hesitations.

After a staggering win over Bangladesh, India is all set to lock horns with Zimbabwe in their last league game of the T20 World Cup 2022 at the Melbourne Cricket Ground on Sunday (6th November). A win will take them to the semi final whereas a loss would put them in a tough position. On their other hand Zimbabwe would want to pull an upset as they are already out of the tournament.

Talking about the prediction related to the highest run scorer of the game, it is likely that Indian skipper will score most runs in the game against Zimbabwe in the T20 World Cup 2022. The right-hander hasn’t performed up to expectations in the tournament and is due for a big knock.

Rohit’s ultra aggressive approach is the reason why he is perishing early. He no doubt has been providing fiery starts to the team but hasn’t been able to build his innings. He set the stage on fire with a quick fire half-century against Netherlands. He scored 53 runs and gave his team the perfect platform in the start but failed against South Africa and Bangladesh.

He would want to take the responsibility and get some runs under his belt ahead of the semi final. His numbers in the T20Is are also staggering as in just 146 games  he has scored 3811 runs at an average of 30.98 and a strike rate of 139.8 Also he has smashed record 4 centuries and 29 half-centuries.

Zimbabwe mystery spinner Sikander Raza is expected to pick most wickets against India. The all-rounder has been in the fine form with the ball and is troubling the batters with his variations. He has put his team on top in several occasions with his sensational bowling and is expected to play a big role against India as well.

Dream was to play cricket, but job is to serve cricket
Previous ArticleThe Future of Cricket Betting: How Technology Will Shape the Industry
Next ArticlePakistan vs New Zealand T20 World Cup 2022 Semi Final Betting Tips – Prediction for Most Runs, Most Wickets and Winner