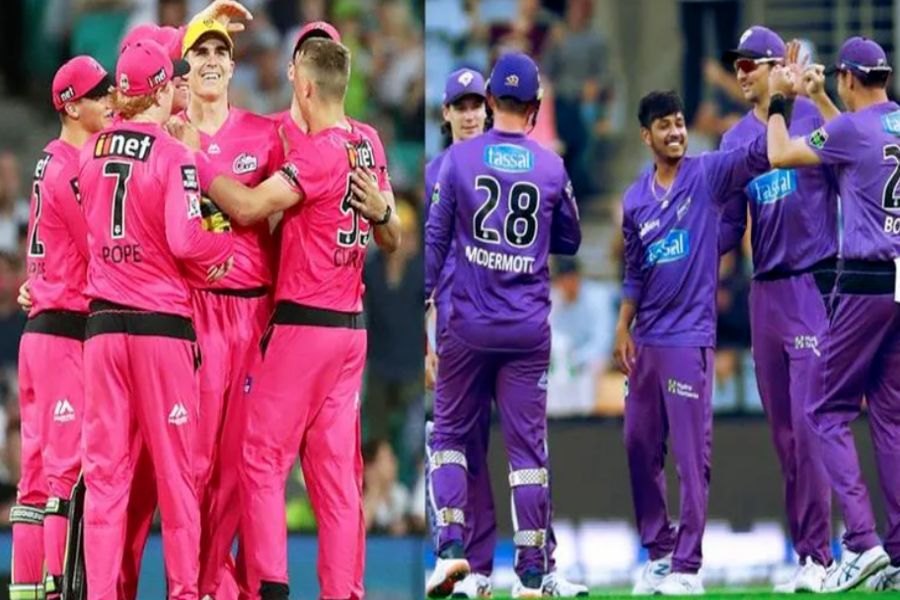 SIX vs HUR Prediction: Adelaide Strikers avenged their narrow defeat to Melbourne Renegades by beating them by 49 runs yesterday. Opting to bat first, the Strikers were dismissed for 149. In reply, the Renegades were bundled out for 100.

Sydney Sixers take on the Hobart Hurricanes in the first game of a doubleheader on Saturday at the Sydney Cricket Ground. The two sides met two days ago at Launceston with the Sixers registering a 14 run win. There could be more agony for Hobart in this game with an in-form Sixers side playing at home.

Where to Watch Sydney Sixers vs Hobart Hurricanes Live score and telecast?

Who Will Win SIX vs HUR today match?

SIX vs HUR Head to Head: The H2H record between Sydney Sixers and Hobart Hurricanes reads 6-8.

The Sydney Sixers registered the largest ever win the last time they played at home. While the Hobart Hurricanes should put up a better fight, the Sixers have a more well-settled side. Thus, another Sydney Sixers victory appears to be in the cards.

Here is the Sydney Sixers vs Hobart Hurricanes Dream11 Team Prediction and three players who can make an impact:

Dan Christian is a useful all-rounder. He can contribute significant points for your SIX vs HUR Dream11 teams and also be a shrewd differential.

Sandeep Lamichhane is a wily leg spinner who can be amongst the wickets. The big boundaries at the SCG and the bounce in the wicket will certainly aid him.

Moises Henriques can shine with both bat and ball. The New South Wales cricketer can tonk the ball a long way and has a knack for taking wickets.

The Sydney Cricket Ground pitch is well-balanced with something for everyone. In the past six encounters, the average first innings score has been 160 runs. Batting first should be the preferable strategy at the stadium. Pacers have been more successful here while spinner also gets some help. Sydney Sixers vs Hobart Hurricanes Today Match Prediction odds are slightly in favour of Sydney Sixers.

The weather over Sydney for the SIX vs HUR clash is expected to be cloudy with the sun peeping through occasionally. The temperatures are expected to range between 15-16 deg C. The winds will be gusty from the SSW with an average speed of 25 KmPH going up to 45-50 KmPH in gusts. As a result, the real feel will be like 13-14 deg C. Relative humidity is expected to be around 80 %.