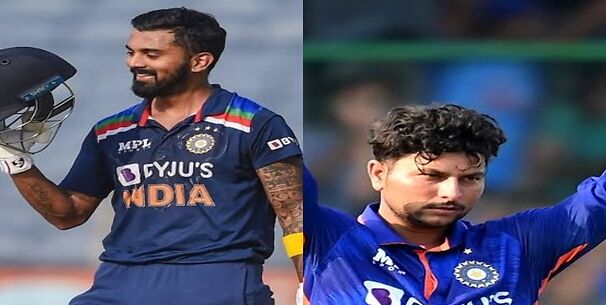 India faced an injury setback in the ongoing series against Bangladesh as two of their fast bowlers and their skipper have been ruled out of the rest of the series. India have gone back to the left arm chinaman for the 3rd ODI who has been added to the squad. India have already lost the series after losing the first 2 matches. They need to avoid yet another whitewash as they were already whitewashed in South Africa and didn’t win any game in New Zealand prior to touring Bangladesh.

BAN vs IND: Kuldeep Yadav returns to the ODI squad

Kuldeep Yadav has been added to the squad for the 3rd and final ODI against Bangladesh. The left arm chinaman has been in and around the Indian setup for quite sometime without any game time. He was rested for no reason after the New Zealand series. He didn’t even get to play a game in that your as Yuzvendra Chahal was the first choice spinner then. When they rested Yuzvendra Chahal for this Bangladesh series, Kuldeep Yadav was the next best leg spinner available but they decided to rest him as well as India went in with no reliable wicket taking option in middle overs and as a result, they lost the match in the middle overs when their bowling wasn’t penetrative enough.

KL Rahul is set to lead India in the 3rd ODI and also will lead the test side as Rohit Sharma is injured and flown back to Mumbai. KL Rahul led India in the 2nd game as well as Rohit Sharma walked off the field in the very 2nd over of the game. He will be having a huge task as he would also need to captain the test side and India are in a must win scenario with respect to WTC.

Tags: BAN vs IND 2022Bangladesh vs IndiaIndiaIndia vs BangladeshKuldeep Yadav

Taking the life out of me is better than taking cricket from me. Welcome to my world which gives nothing but happening stories in the cricketing world
Previous ArticlePAK vs ENG: England Playing 11 Announced for Pakistan vs England 2nd Test. Check official update
Next ArticleBangladesh vs India 3rd ODI: Chattogram Weather Update, Chance of Rain in BAN vs IND Match