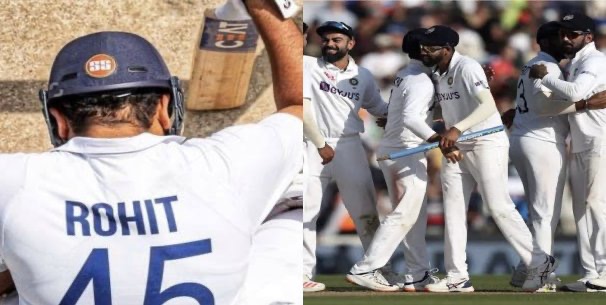 Bangladesh and India are currently locking horns in the two-match Test series. The visitors have taken a 1-0 lead in the series after their staggering performance in the first game, where they thumped the opposition by massive margin of 188 runs. The focus now shifts towards the the second game, that will be played on Thursday (22nd December) in Dhaka.

BAN vs IND: Rohit Sharma, Navdeep Saini ruled out of the second Test against Bangladesh

There were many speculations about his return for the second game as many media reports suggested that the right-hander has recovered and will be available for the second game. But all the rumours turned out to be fake as BCCI released an official statement, saying that he needs some more time to heal completely before the Indian captain can bat and field with full intensity.

While it was expected, they also will be without the services for Navdeep Saini for the second game. The pacer was added late into the squad as a replacement for Mohammad Shami.

He didn’t play the first game and now has be ruled out of the upcoming game. Saini suffered an abdominal muscle strain while training and will now report to the NCA for further management of his injury.

BAN vs IND: Revised Indian squad for the second Test against Bangladesh

Dream was to play cricket, but job is to serve cricket
Previous ArticleIND vs SL: Predicted India Squad for India vs Sri Lanka ODI Series
Next ArticleIN-W vs AUS-W: Why is Alyssa Healy Not Playing Today’s India Women vs Australia Women 5th T20I? Who is Australia Women Captain?