WATCH: Chennai Super Kings won a thriller against the SRH, and this is how they celebrated their win! 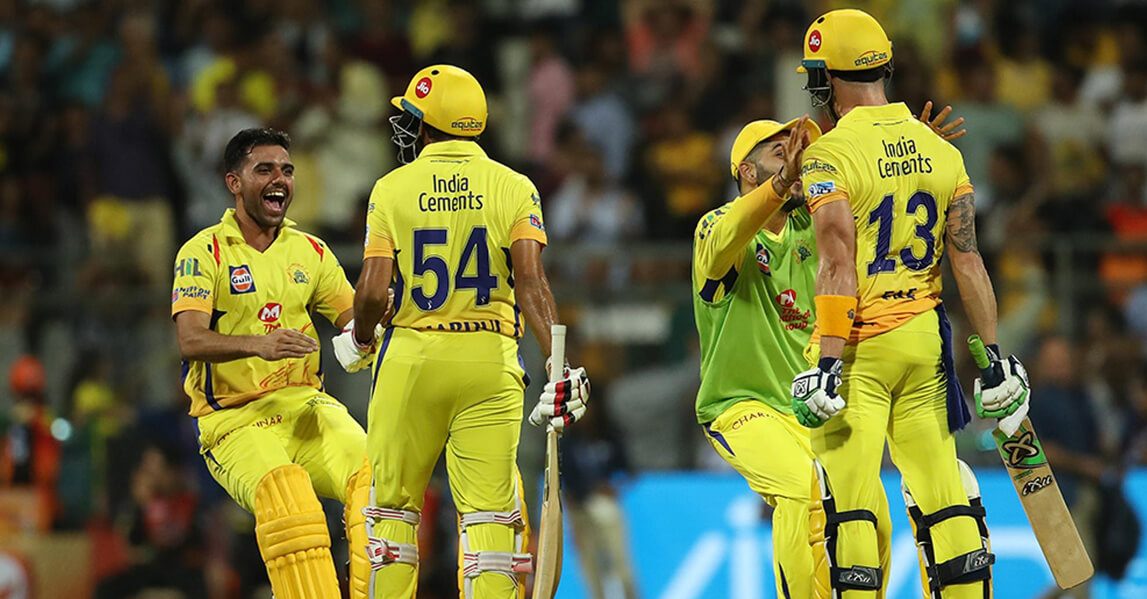 Chennai Super Kings have made a direct entry into the finals and have scripted history by defeating Sunrisers Hyderabad in Qualifier 1 in Wankhede on Tuesday.

After opting to bowl first, CSK restricted the Sunrisers Hyderabad to a modest total of 139.

But, CSK’s batting line-up was missing the usual magical touch and their wickets kept falling at regular intervals. The star players like Ambati Rayudu, Suresh Raina, Watson and Dhoni succumbed to the bowling attack of the the SRH and the game seemed to be titled in favour of the Sunrisers Hyderabad. But, then Faf du Plessis took the lead and along with Shardul Thakur, won the game for the Chennai Super Kings.

The atmosphere after the win was exceptional and emotions were evidently high not only on the ground but in the dressing room as well.

All-rounder Dwayne Bravo celebrated this victory with a dance in the dressing room. Official handle of CSK sent out a tweet where DJ Bravo and Harbhajan Singh are seen dancing in front of skipper Dhoni. The players are paying a tribute to Thala.

A Writer | A Reader | Above all- A Human Being constantly looking forward to pushing the envelopes!
Previous ArticleEvery run Virat Kohli scored cost RCB camp 3.2 lakhs
Next ArticleHere’s why Sunrisers Hyderabad wore black bands in their match against CSK