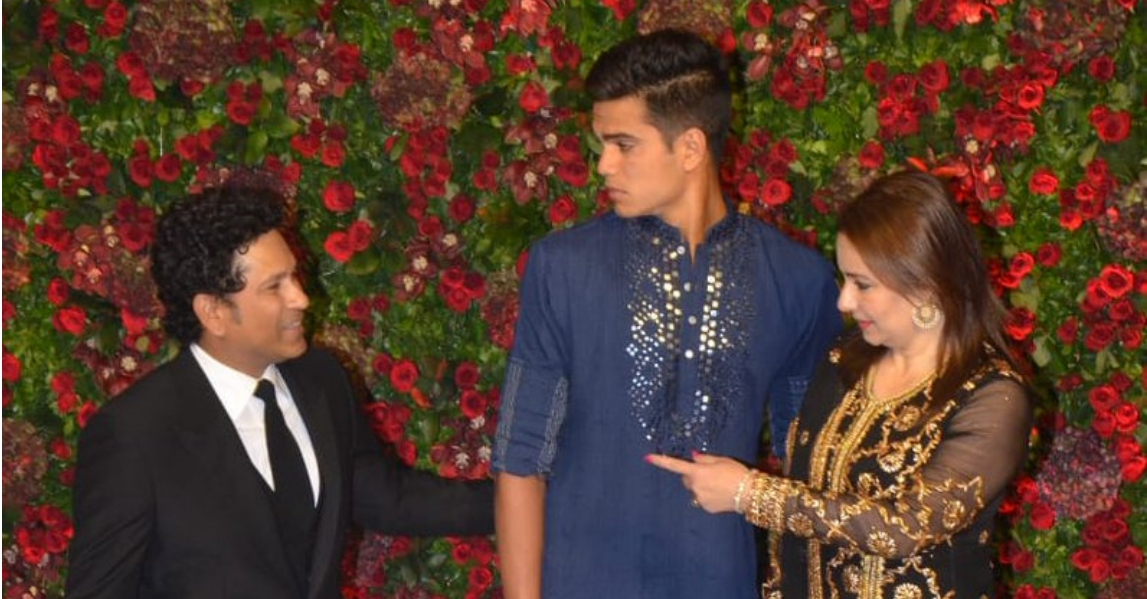 After a high-profile marriage ceremony, Bollywood actors Ranveer Singh and Deepika Padukone hosted a wedding reception in Mumbai and several Indian cricketers graced it with their presence. Former India cricketer Sachin Tendulkar’s presence was one of the highlights of the reception while MS Dhoni had a lighter moment with wife Sakshi Dhoni while posing for photographs.

The reception saw some high-profile guests from various fields including the sport of cricket. Legendary batsman Sachin Tendulkar attended the event with his wife Anjali Tendulkar and son Arjun Tendulkar.

Former India captain Kapil Dev was also present at the occasion with wife Romi. Indian all-rounder Hardik Pandya who is currently recovering from an injury attended the reception as well.

Kapil Dev is here to congratulate the couple 😍#DeepVeerReception pic.twitter.com/fU6OBftwUI

Watch Dhoni and Sakhi share a lighter moment with photographer

Former India captain MS Dhoni was also present at the occasion along with his wife Sakshi Dhoni. They duo was accompanied by Hardik while posing for a picture. At that time Dhoni was standing in the centre with Hardik on his right side and Sakhi on his left side. Some of the photographers asked Dhoni to look at his right and hearing this Sakhshi moved out of the frame which forced Dhoni to have a picture with Hardik.

The marriage between Ranveer Singh and Deepika Padukone has been one of the most talked about events in the country in the recent days. The duo got married in Italy in a private ceremony and then had a series of receptions in India.

Also read: Won’t change anything: Adelaide curator hints of a green-top for AUS vs IND Test

Smitten by cricket, green mountains, and written words, Chaitanya is engrossed with cricket stats and analysis. But cricket commentary is what he savors the most.
Previous ArticleWon’t change anything: Adelaide curator hints of green top for 1st AUS vs IND Test
Next ArticleChappell didn’t know how to run international team: Laxman