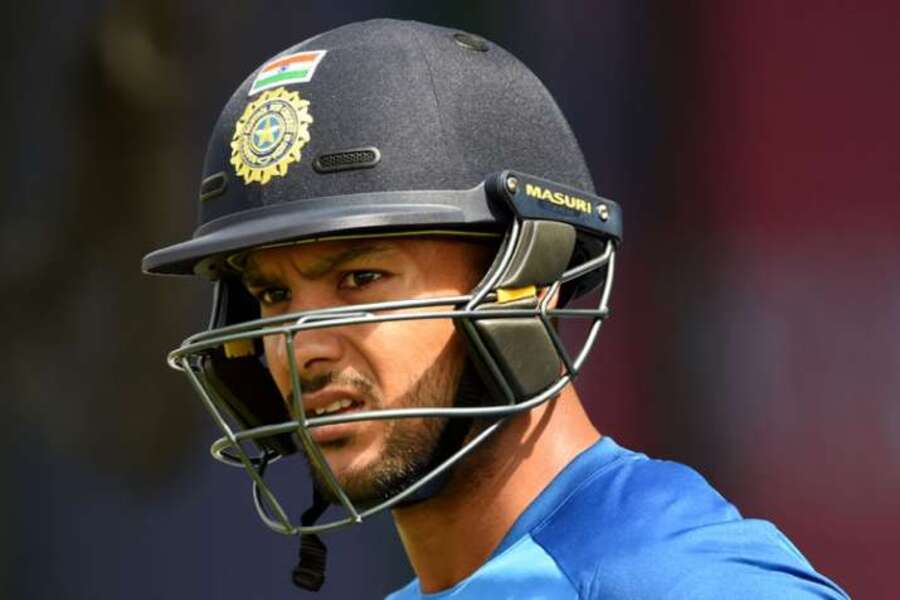 India vs West Indies: In a big breaking news development, Mayank Agarwal has been added in the India ODI squad for the upcoming three-match ODI series against West Indies. This update comes after as many as 7 members of the Team India camp have tested positive for Covid-19 which includes the likes of Shikhar Dhawan, Shreyas Iyer, Ruturaj Gaikwad and Navdeep Saini who was a standby player. India is scheduled to play three ODI matches and as many T20I games against West Indies starting with the first ODI on 6 February in Ahmedabad.

The Board of Control for Cricket in India (BCCI) press release states that a total of 7 members of the India contingent that includes three players have tested positive for COVID-19 during the mandatory 3-day quarantine period. The All-India Senior Selection Committee have now added Mayank Agarwal to the India ODI squad as the replacement player. The BCCI medical team is monitoring the whole situation and the Covid positive members will remain under isolation until complete recovery is attained. It is also to be noted that Mayank will now have to undergo a three-day quarantine upon his arrival in Ahmedabad before joining the rest of the India squad.

The details from the BCCI press release are:

3) Batsman Ruturaj Gaikwad’s RT-PCR test conducted on Tuesday (February 1st) has returned a positive result. He had tested negative during the first round of testing on Monday.

As per some reports, leg-spinner Yuzvendra Chahal has also been placed into isolation as he travelled to Ahmedabad with the Covid positive duo of Dhawan and Saini while India’s throwdown specialist Raghu has also contracted the virus. Axar Patel who was only part of the T20I squad has too returned a positive test and is yet to join the team in Ahmedabad.

It is also understood that the likes of captain Rohit Sharma, Virat Kohli, head coach Rahul Dravid and wicket-keeper Rishabh Pant are completely safe and have tested negative for the virus while a report by Sports Tak has mentioned that all the members will undergo a fresh round of testing on Thursday (3 February, 2022). At this moment, the sources have confirmed that the upcoming India vs West Indies white-ball series is very much on and there is no change in the original schedule.

“Players of both teams have been asked to isolate as a precaution. Three players and support staff have tested positive and have been isolated. We are monitoring the situation. There is no decision on the series. It will go ahead. If needed, we will bring in replacements,” a senior BCCI official told InsideSport.

A cricket maniac who lives his life like a T20 match, time is short so make the most of it. Always thriving to learn more about cricket writing and obviously being an Indian, a big cricket expert.
Previous ArticleIND vs WI: Shikhar Dhawan, Shreyas Iyer & Ruturaj Gaikwad COVID POSITIVE ahead of the West Indies series? Check Details
Next ArticleIndia vs West Indies: 3 Players who can Open the batting for India in first ODI against West Indies