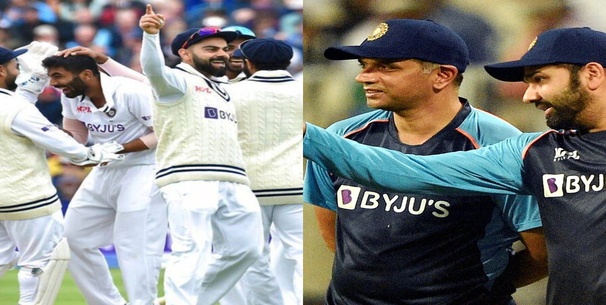 List of India Upcoming Matches: It is now time for the cricket fans to sit back and enjoy some quality action of the game featuring the Indian Cricket Team in the upcoming 2023 calendar year. The Indian team suffered a lot of heartbreaks in the year 2022 which included poor outings in both Asia Cup and ICC T20 World Cup. The Rohit Sharma-led India side also ended up conceding a poor ODI series defeat at the hands of Bangladesh recently.

Team India are currently involved in a three-match ODI series in Bangladesh where the visitors have already lost the opening two games. Bangladesh will then host India for a short two-match Test series and the tour ends on 26 December, 2022. The Men in Blue will open the 2023 calendar year with a three-match T20I series and 3 ODI game against Sri Lanka at home. The Indian side is then scheduled to play hosts against New Zealand for as many as 3 ODI games and 3 T20Is from 18 January to 1 February, 2023.

After a whole lot of white-ball fixtures, India will lock horns with Australia in the famous Border – Gavaskar trophy which will consist of as many as four Test matches at home from 9 February to 13 March, 2023. Before the start of the Indian Premier League (IPL 2023), India will also play a three-match ODI series against Australia at home which will end with the final ODI on 22 March, 2023.

A cricket maniac who lives his life like a T20 match, time is short so make the most of it. Always thriving to learn more about cricket writing and obviously being an Indian, a big cricket expert.
Previous ArticleBAN vs IND: Rohit Sharma Injury Update and Availability for Bangladesh vs India Test Series? Who will be India Captain?
Next ArticlePakistan vs England 2nd Test: Multan Pitch Report, Team Records at Multan Cricket Stadium