Most fifty plus scores in international cricket for India 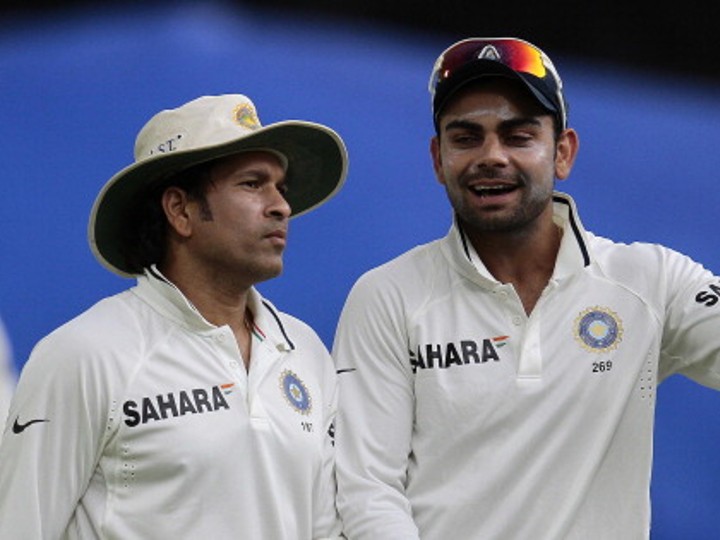 The Indian cricket fraternity has produced some of the great of the game and numbers in recent years have highlighted why Team India is one of the formidable sides in the world.

Most fifty plus scores in international cricket for India

Whether it may be the tally of runs scored by SachinTendulkar or scoring touch of Virat Kohli, the Indians have always grabbed the headlines for one or the other reasons.

Arguably the greatest cricketer of all-time, Sachin Tendulkar raised his bat more than anyone else did, with an astonishing tally of 264. Yes, Tendulkar scored 264 fifty plus scores during his two-decade tenure with the Indian team. He may not have played the T20 version more often on international stage, but that has not stopped him from grabbing some serious numbers.

Tendulkar is the only man to score 100 hundreds on international stage (51 in Test and 49 in ODIs), while he also scored 96 fifties in the limited-overs format. Adding to that tally, is the 68 fifties he scored in the Test format, that takes his tally to 264. In his only T20 appearance he scored 10 runs.

The former India captain still has lot of cricket left in him and could come close to the great Tendulkar, having made a name for himself since 2008. Virat Kohli has scored 43 hundreds in the ODI format, and is just six shy of Tendulkar. In Test cricket he will have to almost double his tally, as he has 27 hundreds.

But as an established limited-overs player, Kohli has amassed 64 fifties in ODI and 32 in T20Is. Adding to that tally he has also scored 28 fifties in the Test format, making him one of the best players in the modern-time.

Another former India captain, Rahul Dravid was a nightmare to face in his playing days. Like Tendulkar, he too nurtured only in the Test and ODI format, but made his presence felt whenever he was asked to. Dravid has 194 scores of fifty plus on the international stage.

His tally accounts a total of 48 hundreds (36 in Test and 12 in ODIs). His only T20I appearance in 2011 against England saw him score 31 runs and score three sixes in a row, but that does not add to his tally of fifty plus scores. Dravid scored 83 ODI fifties and 63 Test fifties during his playing days.