Rishabh Pant Family: Here’s all you need to know about Rishabh Pant’s Family 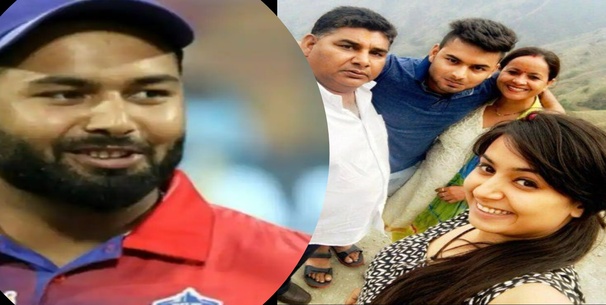 Rishabh Pant Family: Indian wicketkeeper batter Rishabh Pant is one of the most intimidating in left-handed batter in world cricket today. Born in a middle–class family in Roorkee, Uttarakhand, Rishabh’s father, Rajendra Pant, worked as a bus conductor and his mother Saroj is a homemaker.

Talking about his siblings, he has an elder sister named Sakshi. His father was his first coach and was instrumental in encouraging him to pursue cricket. Unfortunately, right after Rishabh’s international debut, his father passed away in his sleep.

Despite being born in Uttarakhand, Rishabh played his domestic cricket for Delhi. Pant was a part of the U–19 Indian side that won the World Cup in 2016. Let’s move further and discuss more about Rishabh Pant ‘the player.’

An ardent sports enthusiast who likes to write in such a manner so that the readers could relate themselves and feel the passion of the game.
Previous ArticleWomen’s India Upcoming Matches and Women Cricket Schedule for 2023
Next ArticleCameron Green Injury: Who will replace Australia all-rounder in AUS vs SA 3rd Test? Here’s the update