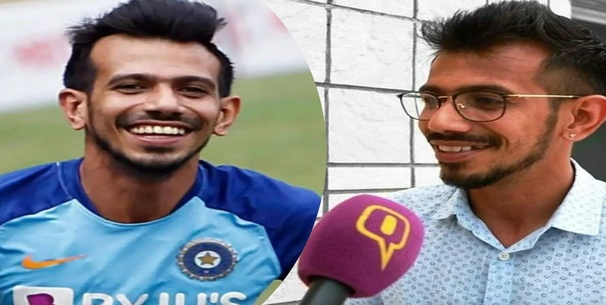 Yuzvendra Chahal Government Job: Yuzvendra Chahal has been one of India’s best leg spinners in white ball cricket. The short heighted bowler is famous on the cricket field for his extravagant skills. However, he is one such cricketer who is famous among the youth’s courtesy of his social media approach on Instagram, Twitter, Snapchat, etc.

We have seen Chahal as a go-to-happy guy both on & off the field. He is always seen cracking jokes with his Indian teammates and his other overseas friends like Martin Guptill, Tabraiz Shamsi, Glenn Maxwell, etc. but did you know he holds the post of an inspector in Income Tax Department? Yes, you heard it right. The fun loving Yuzvendra Chahal holds the prestigious post, a post which definitely doesn’t goes with his aura.

Chahal was India’s shimmer hope in the leg-spin department when India was looking for someone to play long especially with Amit Mishra’s on & off performances in white ball cricket. Chahal made his ODI and T20I debut in the year 2016 as a 26-year-old wiley customer and soon became an integral part of the side. Take a look at his bowling numbers in T20Is and ODIs.

Yuzvendra Chahal has also always been an integral part of any IPL team he plays for. He started his career with MI in 2013 then moved to RCB in 2014 where he played for 8 long years and was their go-to bowler. In 2022 IPL he shifted his base to Rajasthan Royals where he ended up as the leading wicket-taker of the tournament with 27 scalps. Talkin about his overall IPL numbers, from 131 matches, Chahal has scalped 166 wickets at an economy of 7.61.

An ardent sports enthusiast who likes to write in such a manner so that the readers could relate themselves and feel the passion of the game.
Previous ArticleIND vs SL: Why is Pathum Nissanka Not Playing Today’s India vs Sri Lanka 2nd ODI? Check Sri Lanka Playing XI
Next ArticlePakistan vs New Zealand 3rd ODI: Karachi Weather Update, Chance of Rain in PAK vs NZ Match