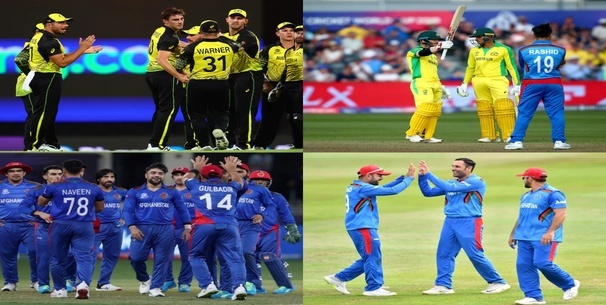 AUS vs AFG Dream11 Prediction: The Super 12 stage has entered the phase where we shall soon know the semi finalists for the world cup and Australia is one such team fighting for a spot in the semis. For the hosts, the road to semis would not be easy as they would have to not just win big against Afghanistan but also expect Sri Lanka to defeat England. For Afghanistan, it is already curtains as far as the spot in semis is concerned, but they still have their pride to play for. They would want to finish well and spoil the qualification chances for the kangaroos. Australia won their last game against Ireland by 42 runs. On the contrary, the Afghans lost their last encounter to Sri Lanka by 6 wickets.

Where to watch AUS vs AFG Live?

Watch AUS vs AFG Live on Star Sports Network. Online streaming will be available on the Disney + Hotstar app.

The pitch at Adelaide Oval seems to be a pitch similar to Sydney Cricket Ground with some nice carry and movement early in the innings. The batters tend to put their foot forward as the innings progresses and get the value for their shots. The longer boundaries would have to exploited by the bowlers. The weather forecast for the game is quite clear and we can hope to witness a competitive 20 over game. The pitch shall be a used one, thus, might be a little slower. The par score is expected to be around 160-170 runs.

His iconic innings in the world cup final last year shall be engraved in every Australian cricket fan’s heart. He is yet to fire and this could be the best possible time to go all guns blazing and get his team through to the next round.

He has been instrumental in getting wickets at key intervals for the Aussies. His ability with the bat can also come handy for his team.

The talented wicket keeper batter is yet to fire in the world cup. Afghanistan will expect one good innings from their top player before they end their world cup campaign.

On the pacy pitches of Australia spinners usually do not have much of a role to play. However, Rashid Khan remains to be a vital cog for the Afghans even in overseas conditions.

Who will win Australia vs Afghanistan Today Match ?

Considering form, head to head record and morale of both sides, Australia are favourites to win as per our Australia vs Afghanistan today match prediction.

Who should be the captain of your AUS vs AFG Fantasy Team?