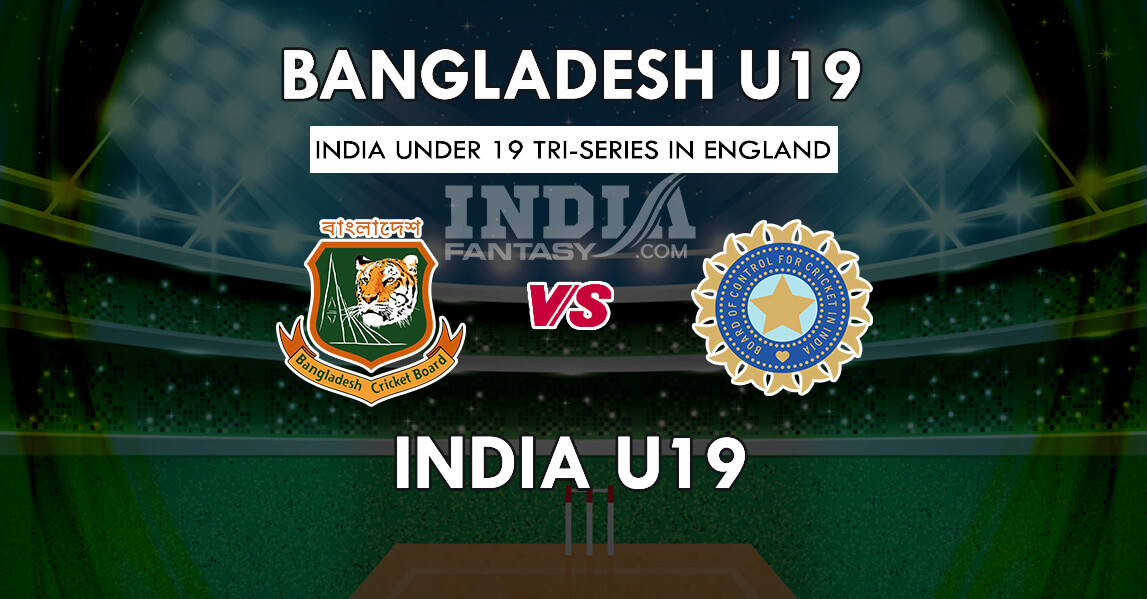 Bangladesh U-19 and India U-19 will lock horns once again against each other in the U-19 Tri-Series League which would be the 7th match of the tournament. All the three nations have played 4 games so far with India leading the pack and Bangladesh right below it. Both the teams have won two and lost a match each and differ only with a narrow run rate. Although these two met recently on the 27th of this month, the match, unfortunately, stood abandoned. With both the sides looking solid the contest will be a one to watch.

In their last five encounters, the last match between the two sides resulted in the match being abandoned without a ball being bowled. Out of the remaining four games,India U-19 came out victorious thrice with the Tigers winning only one.

Team news:
Both the sides have relatively unchanged squads so far.

Though it’s going to be a tight game, Indians are expected to have an edge with their batting