Sunday will see two Group B teams in action. P Sara Oval in Colombo would be hosting the Bangladesh U19 and Nepal U19 clash, whereas, Mercantile Cricket Association will play the host for Sri Lanka U19 and UAE U19.

Group B is currently headed by Bangladesh U19 as they defeated UAE U19 by 6 wickets in a rain-curtailed game by 6 wickets where the match was reduced to 45 overs per-side affair.

Meanwhile, Nepal U19 lost their only game played so far to the hosts Sri Lanka U19 by 5 wickets. They would be looking for their first win of the tournament here.

From 29 innings in One-dayers, wicket-keeper batsman Towhid Hridoy has scored 831 runs which includes 5 fifties and 2 centuries.

M Hasan Joy has scored 538 runs from 15 innings at an average of 44.83 which includes a century and three fifties.

All-rounder T Hridoy has managed 831 runs from 29 innings at a healthy average of 37.77 including 5 fifties and 2 centuries.

Fantasy picks from Nepal U19-

Rit Gautam was the top-scorer in the last match with 54 runs against his name. He batted valiantly in the Asia U19 qualifier as he amassed over 200 runs in the competition.

They have two quality all-rounders in Pawan Sarraf and K Singh Airee.

Rashid Khan took 2 wickets in the last game for Nepal U19. 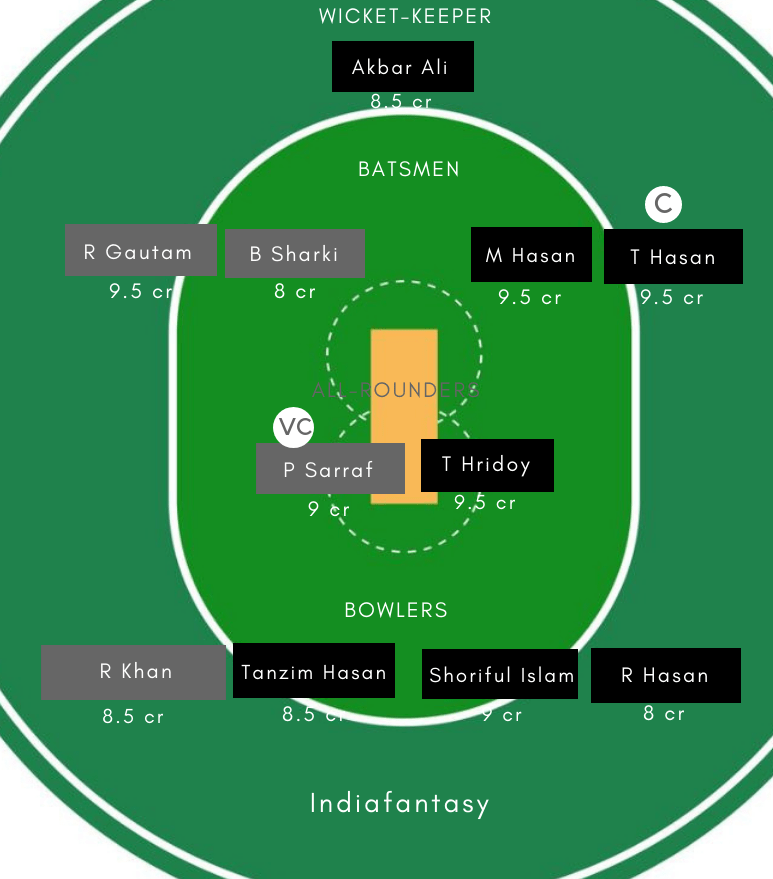 Disclaimer: Management can take late decisions depending on the match situation. The fantasy teams which we have provided here of BN-Y vs NP-Y Dream11 is best of our interest and depending on the credit scores of the players.