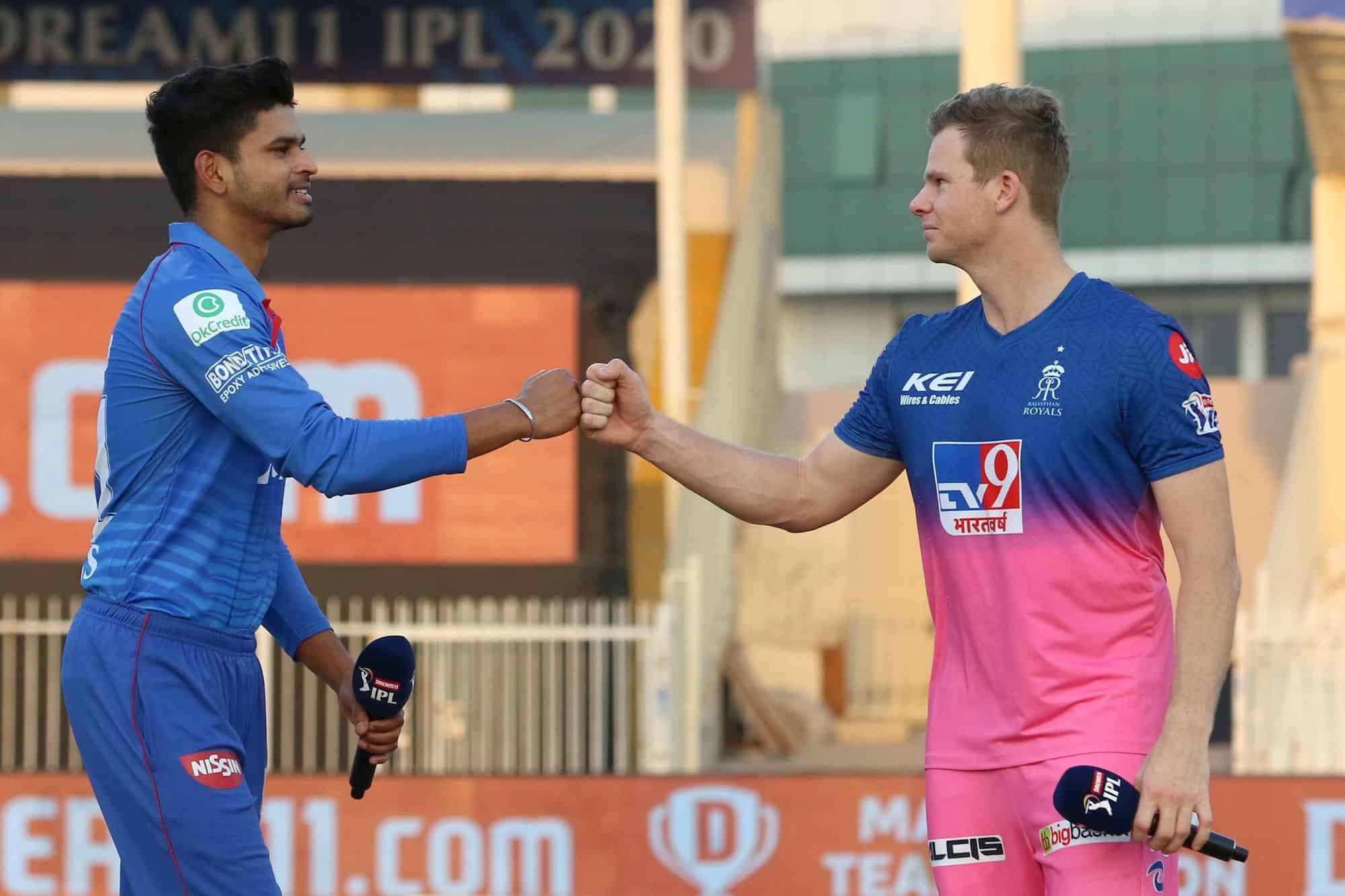 DC vs RR Dream11 Prediction: IPL is a fast-paced tournament and situations change in a blink of an eye. Just have a look at tonight’s fixture, Delhi Capitals vs Rajasthan Royals. Syreyas Iyer’s Delhi is second from the top while Steve Smith’s Rajasthan is second from the bottom. However, it is Rajasthan who will be entering the match with a smile on their face as they won their last match from a losing position while Delhi lost convincingly to Mumbai. DC, who were doing so well with four straight wins before the loss to Mumbai, have injury problems as injury to Rishabh Pant changed the complete dimension of their batting which proved fatal for them. It was only a week ago that these two teams met in which Delhi thrashed Rajasthan Royals and they still are clear favorites to claim this match, but as we mentioned earlier, in IPL the mood in the camps change only in a matter of few overs.

Pitch Report: We all predicted that the pitches will start slowing-up once the tournament moves into its second half and that’s exactly what is happening. The scores are dropping and teams are batting first after winning the toss and the same should happen today too. In last match, Rajasthan failed to chase the par score set by Delhi and same could be seen here.

Team News DC: Rishabh Pant is struggling with a hamstring injury meaning he will miss out. Whether Delhi plays Alex Carey again or include Shimron Hetmyer and ask him to keep remains to be seen. Also, Ishant Sharma has been ruled out of the entire tournament.

Team News RR: Rajasthan have four of the world’s best foreign players in their team but two out of their three wins have come from the bat of Rahul Tewatia. The likes of Buttler, Smith should start scoring some runs or IPL can prove ruthless, even to the best.

Kagiso Rabada: The last time these two teams met Rabada ended up with three wickets. Rabada also has the record of taking wickets in most consecutive IPL outings and that means that he never fails, an ability that should be in your captain. Rabada likes a challenge and bowls in death overs where he can go for runs but has an opportunity to take wickets, so far, he hasn’t gone for runs and is the current holder of the Purple Cap. He is likely to make a telling difference in DC vs RR Today Match Prediction.

Steve Smith: It’s now or never for RR captain Steve Smith. He started well with two fifties but has been ordinary in the past few games. Yes, Smith is a world-class player in Tests and ODIs but T20s are a bit different and that too IPL. He must score some runs tonight or be ready for some tough questions about his involvement.

Prithvi Shaw: Shaw may not come across as a power hitter but he is mighty effective especially in the first six overs. His ability to find the gaps against both pacers and spinners make him very difficult to bowl to. He had a poor outing against MI where he failed with the bat only to make it worse with his fielding and would want to make amends. So include him in your DC vs RR Dream11 Prediction.

Sanju Samson: Samson started the tournament with a bang but has been a sheer disappointment since then. This is exactly the reason why Samson finds it difficult to make it to the Indian side as he will produce a couple of jaw-dropping innings only to disappoint later. He must find his feet and show to the world that he is not a 2-3 innings wonder.

Marcus Stoinis: The Australia all-rounder has been incredible for DC in the middle-overs and was looking in great touch against Mumbai before Shikhar Dhawan ran him out. Stoinis is batting with confidence, surprisingly against the spinners too, and he always had the power. Plus, he bowls good cutters and always gets those crucial breakthroughs.

Jos Buttler: Just like Smith, Buttler too has to put his hand up and perform. He has had a couple of cheap dismissals but that cannot be an excuse for him to not produce even a single match-winning innings so far. He is one of the bests in the world and its about time he starts playing like one.

Cricket Or Nothing | If you work for a living, why do you kill yourself working?
Previous ArticleBSH vs CTT Dream11 Prediction Badalona Shaheen CC vs Catalunya Tigers CC ECS T10 Barcelona 14 October
Next ArticleDC vs RR IPL Dream11 Team Prediction 20 Crores Grand League Mega Contest, 14 October