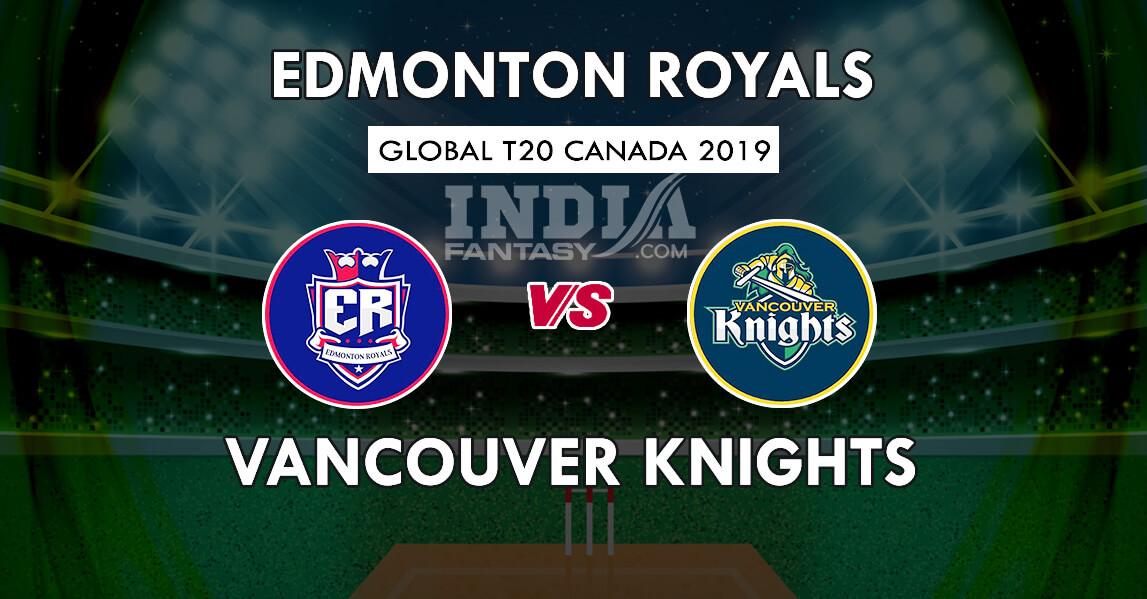 The eleventh match of Global T20 Canada 2019 will be played between Vancouver Knight and Edmonton Royals at CAA Centre, Brampton, Ontario tonight.

Placed at the bottom, Royals are yet to open their account as Faf du Plessis led side has faced three defeats in as many games played so far. Their last defeat came against Montreal Tigers by 4 wickets in which Dillon Heyliger and Scott Kuggeleijn smashed 18 runs off James Neesham’s final over to lead Tigers to their second win. Later, Heyliger was adjudged as the man of the match for his 3-14 in 4 overs and 10 off just two deliveries.

Vancouver Knights, on the other hand, are sitting fourth in the ladder with one win, one loss and a no-result in three games. Their last encounter against Montreal Tigers ended in a no-result after rain interrupted the play in the innings break.

With both the teams eyeing a win, a cracker of a game is expected to take place tonight.

. @faf1307 speaks about his team performance thus far in #GT2019 and the importance of partnerships in #T20Cricket #TBT pic.twitter.com/4mANbjoGlH

Shoaib Malik and Andile Phelukwayo will do the late hitting

The bowling attack will  be led by Kyle Phillip, S Dhindsa and Safyaan Sharif

In batting, skipper Faf du Plessis is the leading run-scorer. In 3 games, he has managed 104 runs with a fifty in the last game

Chris Gayle at the top is the leading run-getter for the side. In 3 innings, he has slammed 179 runs including last match’s 122

Bowling has been a concern for Knights, Saad Bin Zafar, Ali Khan and  A Phelukwayo shares two wickets each in three games so far. A 90's born who has witnessed Sachin becoming "The God", Dhoni becoming "The only Captain to have won all the ICC trophies" and Kohli turning into a "run-machine". Cricket is something I am crazy for and I try to deliver the best and true I can in my every writing.
Previous ArticleKET vs MID Dream11 Match Prediction | Middlesex vs Kent English T20 Blast, Team News, Playing11
Next ArticleYOR vs WOR Dream11 Match Prediction | Worcestershire vs Yorkshire English T20 Blast, Team News, Playing11