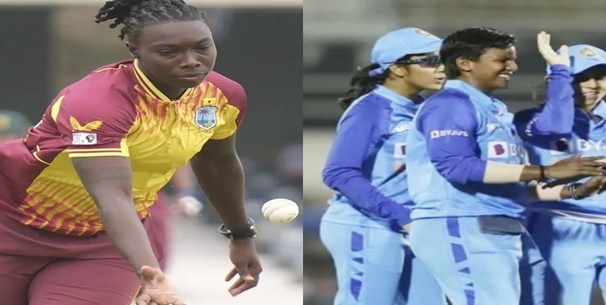 IN-W vs WI-W Dream11 Prediction: The third encounter of the Women’s T20I Tri Series 2023 is scheduled to be played between the India Women and the West Indies Women on 23 January, 2023 (Monday) at the Buffalo Park in East London. The Indian Women’s team will definitely be feeling very much high on confidence as they are coming into this match on the back of an incredible 27-run victory over South Africa Women during their last game. On the other hand, the West Indies Women conceded a poor 44-run loss at the hands of South Africa Women in their most recent encounter.

Where to Watch Women’s T20I Tri Series Live on TV and Live Streaming?

India Women’s opener Smriti Mandhana has a brilliant record in the shorter format of the game. Mandhana has smashed more than 2500 T20I runs that includes as many as 19 half-centuries.

Deepti Sharma bowled really well during the first match against South Africa Women. Deepti picked up excellent figures of 3 for 30 in their quota of four overs.

West Indies Women captain Hayley Matthews has the ability to contribute amazingly well both with the bat and ball. Hayley smashed 23 runs and also took a wicket with the ball during the game against South Africa Women.

According to the India Women vs West Indies Women today match prediction, India Women are the favourites to win this match.

Who should be the captain of your IN-W vs WI-W Fantasy Team?