With Thailand women and Ireland women already making it to the semi-finals of the competition after leading Group B, the result of this match between the Netherlands Women and Namibia Women will offer no such significance.

Both teams are yet to win a game after losing to Thailand and Ireland Women. There is no chance whatsoever for either of these sides to make it to the semis, only a winning end to their disappointing campaign is what they would be looking for.

S Kalis is the top-scorer for the Netherlands in this tournament as she has amassed 46 runs from 2 innings. She now has 485 runs to his name in 14 T20Is.

Skipper J Post will be looking to make a mark with the bat. She needs to improve her record as she only has 45 runs from 10 innings in T20Is.

A van der Merwe the opening batter has amassed 472 runs in 19 innings. She was out for a golden duck in the last game but still remains Namibia Women’s premier batter.

Skipper Yasmeen Khan has 316 runs to her name from 19 innings. In this competition, she has managed 13 runs from 2 innings.

P Enright was the top scorer in the last game with 20 runs to her name.

S Shihepo has 3 scalps to her name from the two matches she has played in this tournament. In total, she has 25 scalps from 22 T20Is. 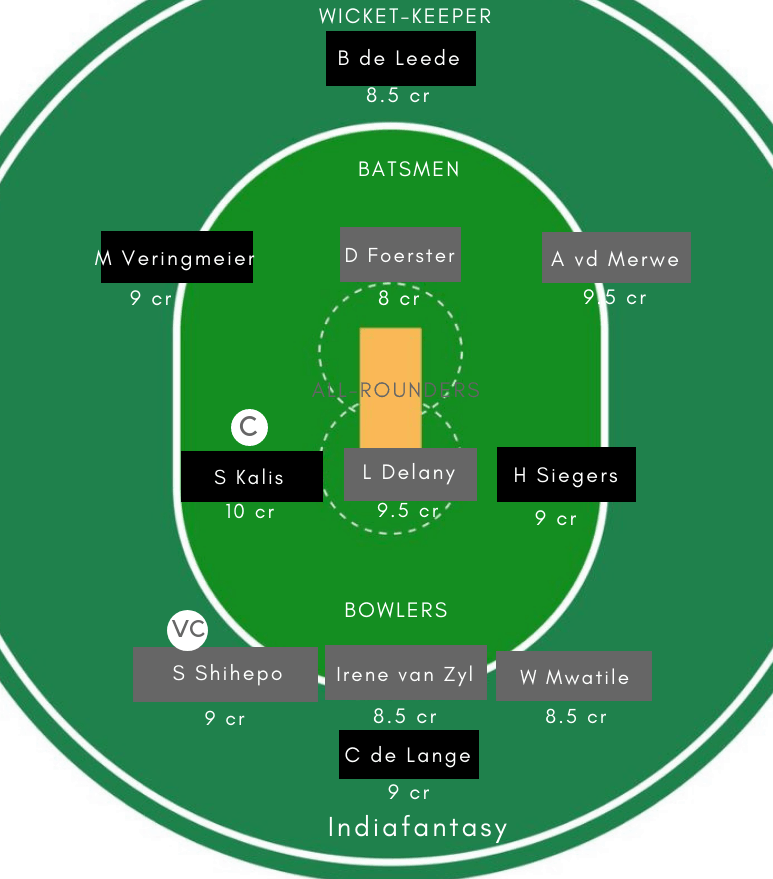 Disclaimer: Management can take late decisions depending on the match situation. The fantasy teams which we have provided here of ND-W vs NAM-W Dream11 is best of our interest and depending on the credit scores of the players.