It’s the series decider between Pakistan and New Zealand!

Pakistan put an all-around show on Friday to draw the series level and also put an end to the 12-match losing streak against New Zealand. They were better in all three departments of the game than their touring counterparts and would want to repeat the performance in the series decider on Sunday.

New Zealand, on the other hand, could not put up a par score on the board batting first. With the ball, they were found wanting as well after Pakistan batsmen nullified their Plan A, and no Plan B meant quite a bit of damage. Pakistan, never troubled in the chase, crossed the line in a little over 40 overs. For Blackcaps, they must put on a stronger performance to stop redeemed Pakistan.

The surface did not offer much to the slow bowlers in the T20Is played recently, although the fast bowlers were more successful.

There is uncertainty over Imam-ul-Haq‘s availability for the fixture after he was hit on the face. However, Sarfaraz confirmed that the batsman has been discharged from the hospital after clear scans.

Imam ul Haq all scans clear. He joined the team and will remain under observation of Team Physio. pic.twitter.com/wrYn9FUfWG

Here’s how the two sides may lineup for Pakistan vs New Zealand 3rd ODI.

You can choose either of the two wicket-keepers.

Ross Taylor has been the best batsman for the touring side. Fakhar Zaman and Babar Azam played good hands in the last outing for Pakistan.

Shadab Khan and Shaheen Afridi have stood out with the ball for the hosts.

INJURY UPDATE: There is uncertainty over Imam-ul-Haq’s availability for the fixture 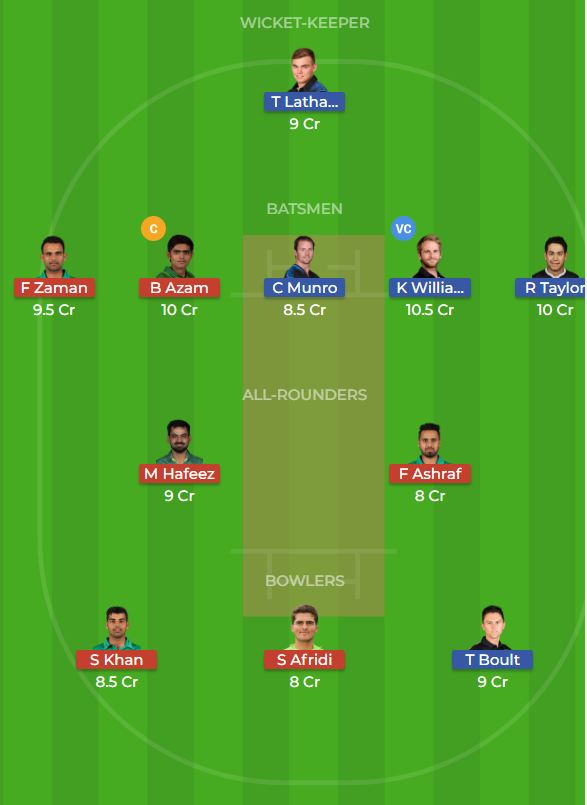