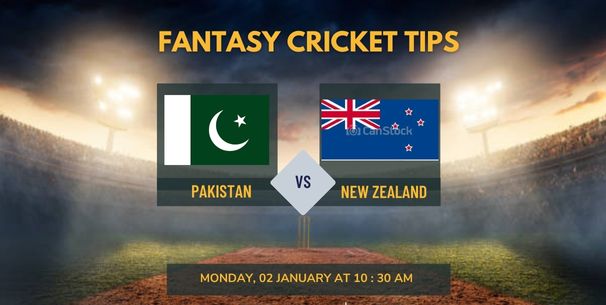 PAK vs NZ Dream11 Prediction : The first test match between New Zealand and Pakistan at the National stadium in Karachi ended up in a draw. The pitch was not an ideal one for test cricket to say the least. Having won the toss, Pakistan scored 438 courtesy of a gutsy knock of 161 runs by the skipper Babar Azam. Making a return to the Pakistan team, Sarfaraz Ahmed also chipped in with a brisk knock of 86 runs. In reply, New Zealand also made sure to make the most of the run fest as Kane Williamson and Tom Latham smashed 200 and 113 runs respectively. Despite a gutsy declaration by the Pakistan skipper in the second innings, the game ended in a draw. The same venue is going to host the second test match  and we hope for better playing conditions suitable to produce a result.

Where to Watch PAK vs NZ Live on TV and Live Streaming?

The National Stadium in Karachi did not really live up to the expectations with the pitch on offer. It was a batting paradise, the kind where bowlers do not really enjoy bowling. People would be expecting the curators to make a more sporting wicket to get the best of test cricket. The weather is expected to remain the same throughout with no chance of rainfall.

The Pakistan skipper smashed a brilliant century in the first test and has been on song with his consistent performances.

The modern day great smashed a double century for his team in the first test and would now want to carry on with this form on a consistent basis.

The leggie bagged six wickets on a flat wicket in the second innings of Pakistan batting and recorded a career best. He would want to repeat the heroics of the first test and guide his team towards victory. He also chipped in with a contribution of 65 runs with the bat