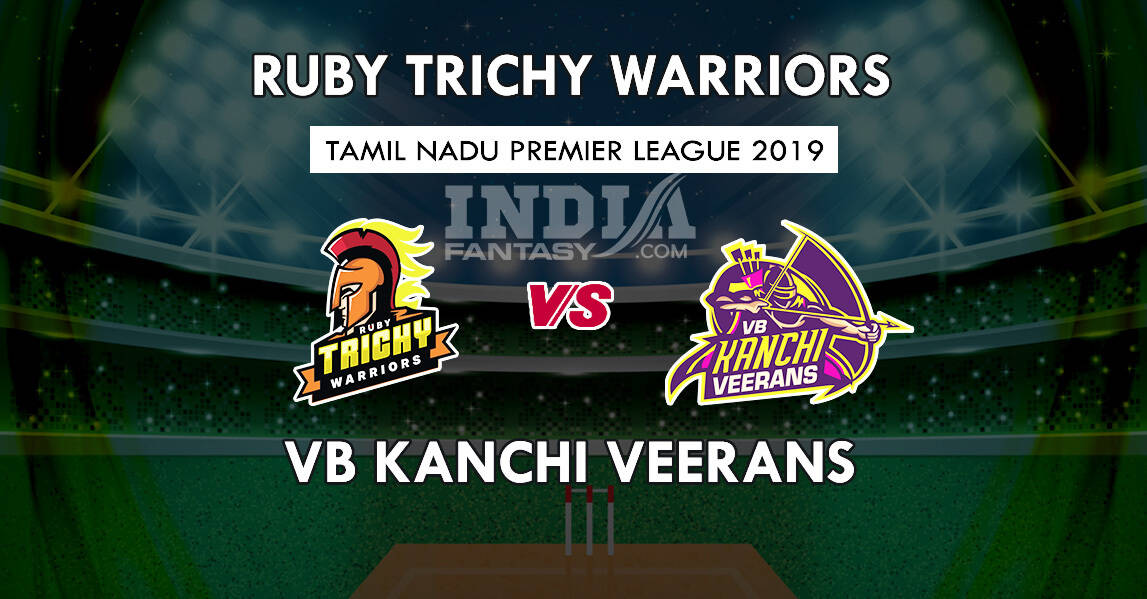 After securing 17 runs win over Tuti patriots in the previous encounter, Ruby Trichy Warriors will look for another win when they face off VB Kanchi Veerans at Indian Cement Company Ground, Tirunelveli in their final fixture tomorrow.

It was their maiden win in the tournament and although it came late, Warriors will look to finish off on a high with a win in the final encounter.

With just one win in six encounters, Ruby Trichy Warriors are placed bottom second in the table and are out of contention for the qualifiers.

On the other hand, it is a must-win game for VB Kanchi Veerans to remain alive in the playoff contentions. With 6 points with three wins and as many losses in six encounters, they are placed fifth in the table and are almost out of contention.

Murali Vijay is the key batter in the side. With 359 runs in 4 innings, he is the leading run-getter for the side. With 1 hundred and 3 fifties, he averages 119.66 in the tournament

With 9 scalps, P Saravan Kumar is the leading wicket-taker in the side

K Gowtham has picked 8 scalps and is the leading wicket-taker for the side. 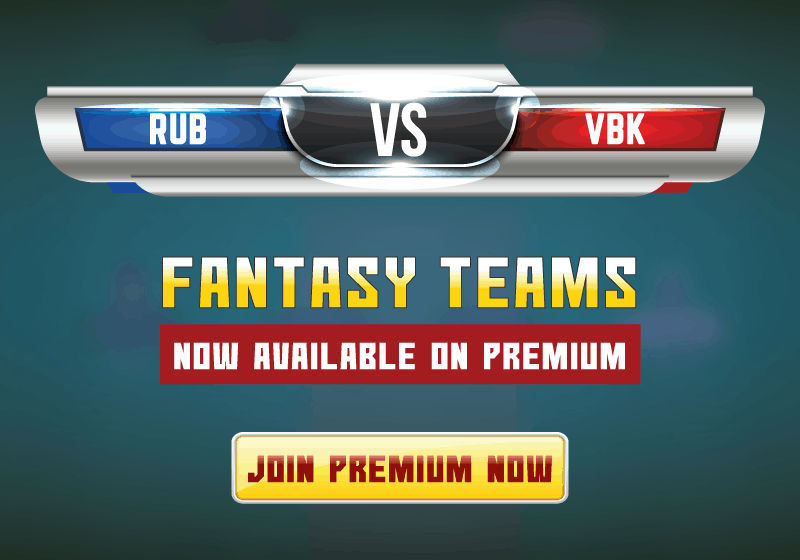 A 90's born who has witnessed Sachin becoming "The God", Dhoni becoming "The only Captain to have won all the ICC trophies" and Kohli turning into a "run-machine". Cricket is something I am crazy for and I try to deliver the best and true I can in my every writing.
Previous ArticleEN-Y vs IN-Y Dream11 Match Prediction | 12th Youth ODI | Playing11, Squads, Fantasy Team News
Next ArticleYOR vs LAN Dream11 Match Prediction | T20 Vitality Blast 2019 Match Preview, Playing11 Team News