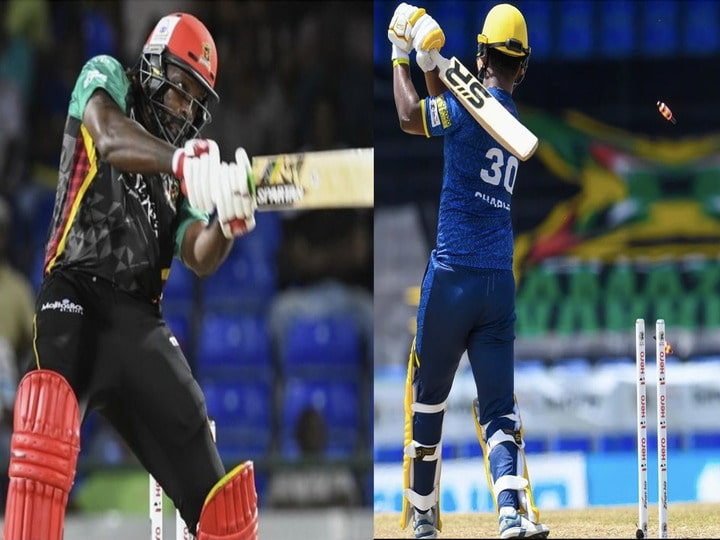 SLK vs SKN Dream11 Prediction: Next up in The 6ixty is match no 4 which will be played between Saint Lucia Kings and St Kitts & Nevis Patriots. Both teams have started their 6ixty Campaign on the back of a loss and now the two teams would be eager to get going on the points table by securing a win in this match. How Kings and Patriots will line up in this particular fixtured? Let’s discuss.

A fresh wicket will be used in the opening game of the evening. This means the wicket will be good for batting and expect the team batting first to score somewhere around 100 or more

Johnson Charles will be opening the innings for Kings. check out his T20 numbers.

Chris Green is one of the veterans of CPL. He is a quality bowler especially in the powerplays.

The ‘Baby AB’ of world cricket is growing with leaps and bounds. He has been gaining experience globally in T20 cricket and will be crucial in the middle order, especially after scoring a brisk 34 off 11 deliveries.

The ‘Universe Boss’ as we know him will be the key wicket at the top. Below are his extraordinary T20 numbers.

Who will win SLK vs SKN today match?

An ardent sports enthusiast who likes to write in such a manner so that the readers could relate themselves and feel the passion of the game.
Previous ArticleWEF-W vs NOS-W Dream 11 Prediction The Hundred Women Playing 11, Top Picks, Fantasy Cricket Tips for Dream11 Team for Today’s Match
Next ArticleMEM vs IGM Dream11 Prediction, Playing 11, Fantasy Cricket Tips – ICC Academy Summer T20 Cup Dream11 Team for Today’s Match