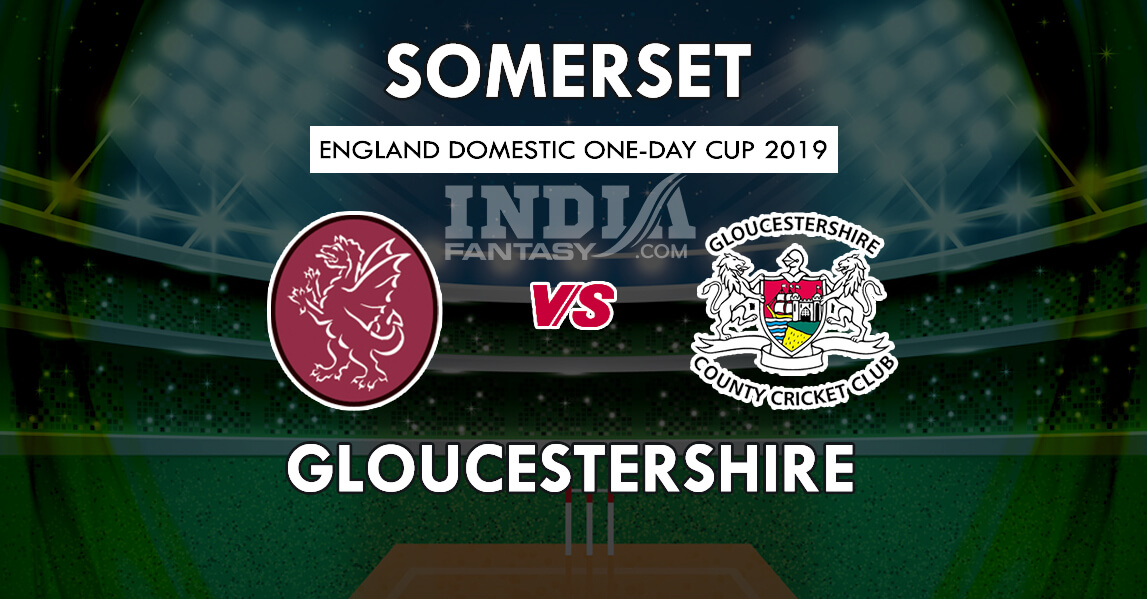 Somerset vs Gloucestershire Match Preview | Who Will Win Today Match

With four wins in as many games, Somerset eyes fifth win on the trot when they face off Gloucestershire tomorrow at County Ground, Bristol in the South Group fixture of English Domestic One Day Cup 2019.

Somerset started the campaign with 264 runs win over Kent and has managed wins against Glamorgan, Sussex and Essex.  They registered 36 runs win over Essex under the DLS method in the last encounter to secure their fourth win of the tournament and would be hoping to get going.

Gloucestershire, on the opposite, is placed fourth in the group standings with two wins and as many defeats in four outings.  After starting the campaign with 147 runs win over Surrey, Gloucestershire has struggled in carrying the momentum. They have faced 71 runs drubbing at the hands of Hampshire in the last encounter and would be desperate to bounce back

The probable SOM vs GLO playing 11 is listed below.

“You can also join our Facebook group for the latest news and updates.”

C Overton – 10 – scalps – leading wicket-taker for the side

C Liddle with 8 scalps is the leading wicket-taker

A 90's born who has witnessed Sachin becoming "The God", Dhoni becoming "The only Captain to have won all the ICC trophies" and Kohli turning into a "run-machine". Cricket is something I am crazy for and I try to deliver the best and true I can in my every writing.
Previous ArticleRR vs SRH DREAM11 GRAND LEAGUE TEAM | Rajasthan Royals vs Sunrisers Hyderabad IPL 2019
Next ArticleGLA vs SUR Dream11 Prediction English One Day Cup Preview, Team News, Playing11