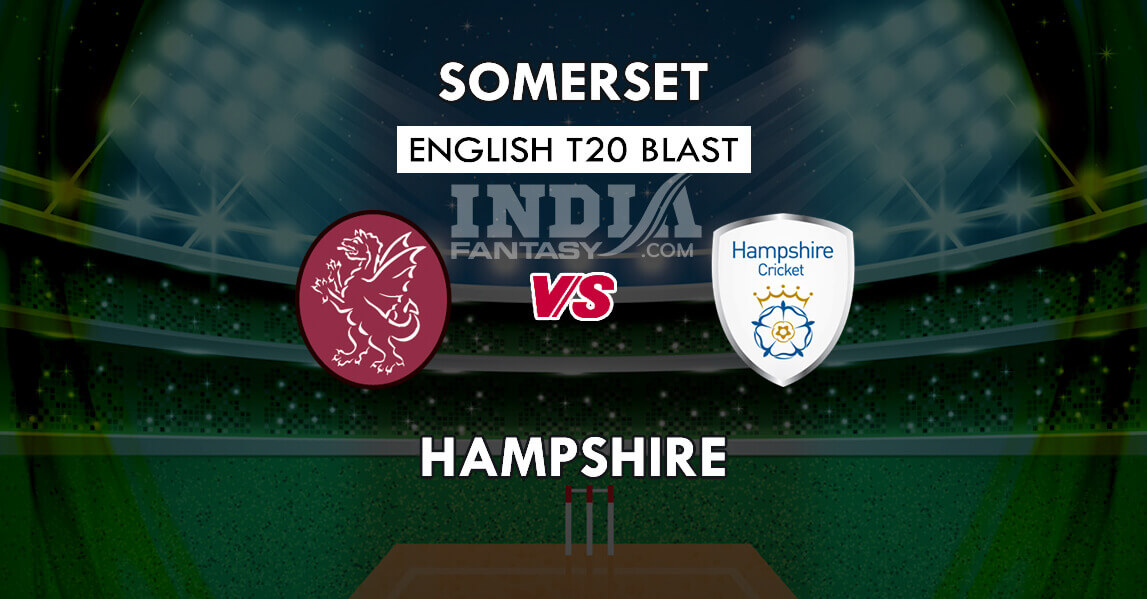 The North group face off begins for the two sides as  Somerset face Hampshire in the English T20 Blast North Group. The Hants haven’t won a single game in their 3 games, on the other hand Somerset have been victorious one match of their 2 outings. Somerset stand 7th in the group with the Hants right below them.

HAM wins: 1
So far in their last 5 outings SOM seems to dominate their opposition comfortably, chasing all their given targets and impeding the opponent in making the winning score, whereby winning 4 of the last 5 games.

Rilee Rossouw suffered a knock on head during the match against Sussex but is fit to play.

Lewis Gregory is likely to guide Somerset on Friday after getting released from England’s Test squad.

Lewis McManus: The Englishman looks to be a promising talent for their side in the middle order as he bagged 321 runs in 30 games

Babar Azam– The Pakistani International has had a good batting average for his club, with 109 matches his average holds at 40.19 and a strike rate of more than 120, he looks to be a good pick for the club.

Roelof van der Merwe: The Dutchman has been a key all rounder and bowling figure for his side. With a highest of 89 and an batting average of almost 22 in 196 games Merwe looks sound with the bat and is better with the bowl. Picking up 186 wickets  in 196 games with an economy of 7.16, he looks like a good prospect.

Somerset looks to have the advantage of playing at home and also the form of both sides.