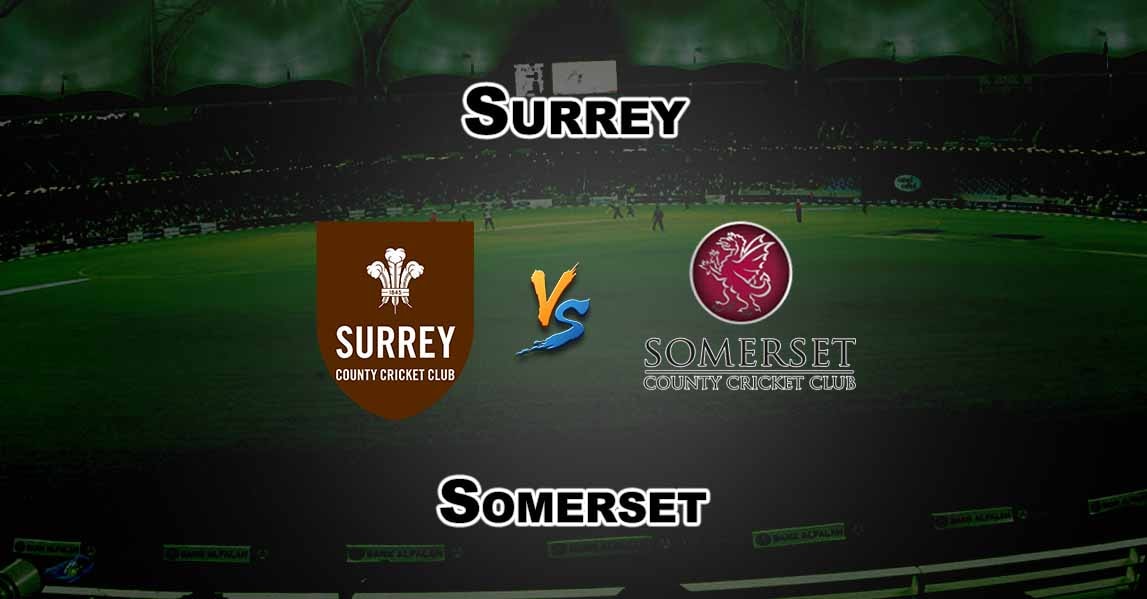 Surrey, the runner-up of last year’s Royal London One-day Cup, kick-start their 2018 campaign against Somerset on Friday. After striking performances in the Specsavers County Championship, Surrey would want to carry the momentum into the shorter format.

Somerset have dominated Surrey in List A cricket over the years, winning 39 times out of 62 fixtures while Surrey have come out on top on 18 occasions. The former would like to improve the win-loss gap.

Read on for SUR vs SOM Dream11 Team News and Surrey vs Somerset playing11.

Speaking of the SUR vs SOM Playing 11, here’s how the two teams can line-up.

Note: This SUR vs SOM Dream11 prediction is based on news sourced from various sources. We suggest you pick your playing 11 from the squad listed above basis Surrey vs Somerset team news.

Since this is the first round of the English ODD Cup, the above SUR vs SOM Dream11 team is chancy.

Note: Kindly revisit before the deadline to get the final update of the Surrey vs Somerset Dream11 Prediction. Also, hit the bell icon on the bottom right side of your screen to get all the latest Dream11 prediction updates.