In the fifth match of the ICC Women World T20 Qualifier, we will see Thailand Women entering the Sportpark Maarschalkerweerd, Utrecht to take on the Uganda Women. The Thailand women’s cricket team is not to be taken lightly. They may look very calm on the ground but their strength and hard work had made them the winners of Women’s World T20 Asia Qualifier and now they head into this tournament looking to continue their winning momentum. Thailand started well in their first match against Ireland who opted to bowl first after winning the toss but, the batting lineup did their job giving them a decent total to defend.

On other hand, Uganda had come to Netherlands by defeating Zimbabwe and is brimming with confidence as they also play their second match of the tournament. Like Thailand, Uganda had also claimed the title of the Women’s T20 Africa Qualifiers. It proves that Uganda has all the potential to match any team on any given day. But their heartbreaking batting performance in the first match against the Irish bowlers, tells a lot about the temperament of the players. In this game they would want to change something about their batting line up because going down 6 wickets in just 8 over while managing to score only 21 runs on the board is a serious concern if they are to qualify for the knockout phases.

Read on for TL-W vs UG-W Dream11 Team News and Thailand Women vs Uganda Women Playing11.

Speaking of the TL-W vs UG-W Playing 11, here’s how the two sides can line-up. (Full team to be updated) 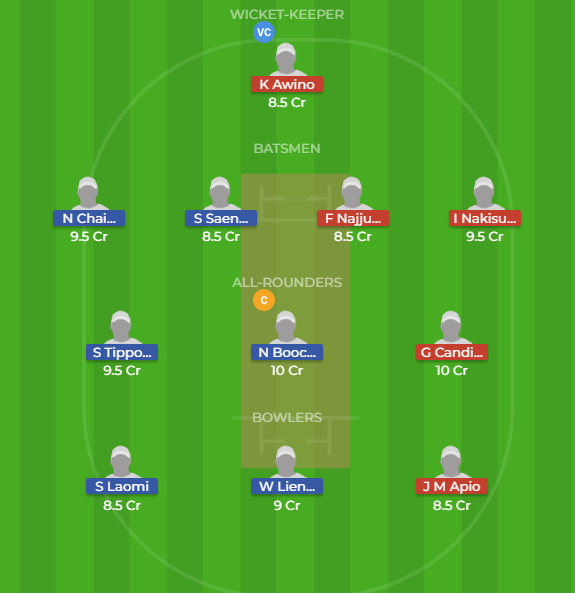