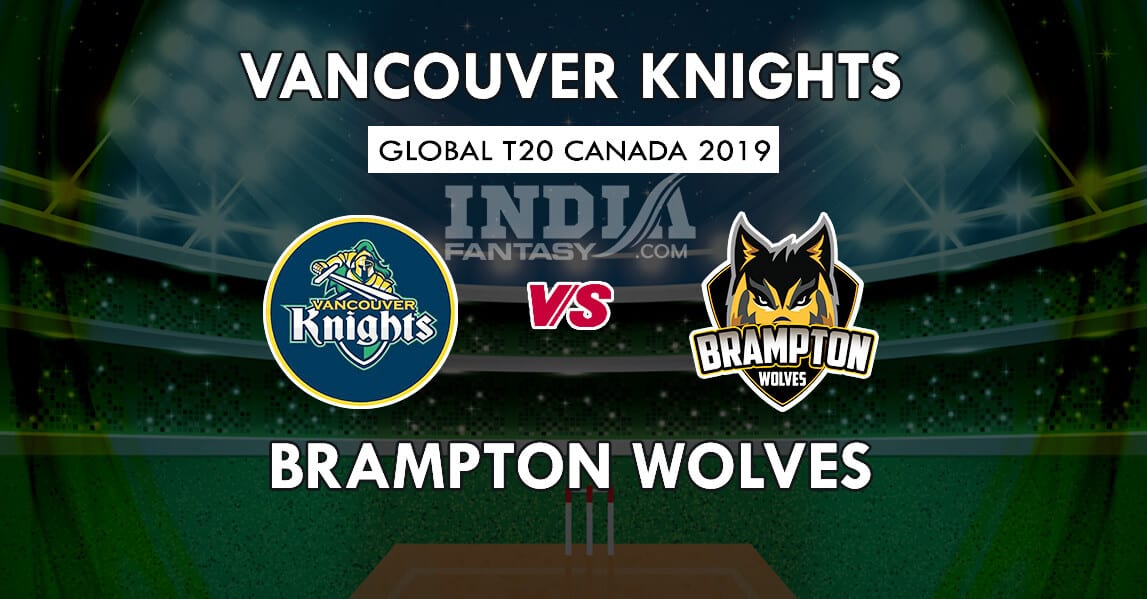 Table-toppers Brampton Wolves will be looking to make it five out of five when they play Vancouver Knights in the top of the table clash in the Global T20 League at Brampton Cricket Stadium.

What happened in the tournament so far?

Captian options and fantasy picks for this match:

Chris Gayle: The Gayle storm hit Edmonton Royals in the last game as the superstar West Indian exploded for a brilliant 94 runs from just 44 balls. Only his greed for the expensive shots robbed him of what would have been a deserving century.

Why he should be your captain option:

George Munsey: The young Englishman was at his scintillating best in the last game, as he scored a brisk 66 off just 36 balls. Not only he is good against fast bowling, but his feet movements mean he is well capable of striding against the spin bowlers as well. If not as a captain, must be in your team.