West Indies vs Pakistan Dream11: The West Indies will be up against Pakistan in the upcoming four-match T20I series. The first game will be hosted at the of the Kenningston Oval, Barbados later tonight. Although, Pakistan are on the back of 2-1 defeat to England in the T20Is, they’re still s quality team when it comes to the shortest format. Meanwhile, the West Indies did get beat 2-1 in the ODIs to Australia, but asserted their dominance in the T20I series to register 4-1 win. Both sides are experts in T20 Cricket, and it is the perfect recipe for a mouth watering encounter.

Pitch Report: The three most recent matches hosted in Barbados had plenty of assistance for the bowlers, and spinners in particular. An average score of 154 in the first innings can be a fighting total. The team that wins the toss should prefer to have a bat first. 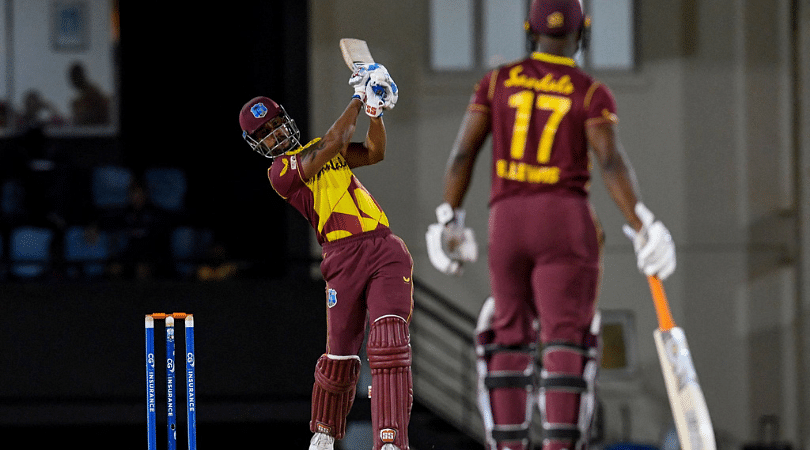 Babar Azam can play a pivotal role up the order for Pakistan. Babar has scored 2153 runs from 57 T20Is, at an average of 46.8. He has also scored 19 fifties and a hundred as well.

Hayden Walsh Jr. was named the ‘Player of the Series’ versus Australia in the T20Is and will have the momentum going forward. The left-arm-wrist-spinner has 23 wickets from the 22 games for the West Indies so far.

Wicket-Keeper batsman Mohammad Rizwan has been one of the most consistent batters for Pakistan alongside Babar Azam in recent times. Rizwan has featured in 39 T20Is, having scored 1019 runs at an average of 48.5.

Evin Lewis can pack a punch in the early overs for the West Indies. The specialist opener has scored 1277 runs at a strike rate of 160.4. Lewis also has nine fifties and two hundreds under his belt in T20Is.