West Indies vs Pakistan Dream11: The first T20I between West Indies and Pakistan was called off after the first innings due to rain. The game had been shortened to nine overs each, and the West Indies batting first, posted a total 85/5. It was the West Indies skipper Keiron Pollard who impressed and scored quickfire 22* from just nine deliveries. For Pakistan, it was Hasan Ali who led the charts with two wickets for 11 runs from his two overs. Mohammad Wasim, Mohammad Hafeez and Usman Qadir also contributed with a wicket apiece. Both sides were left frustrated as a result of rain, and will be hoping that the skies remain clear for the second T20I. The West Indies and Pakistan are well renowned T20I teams, and we can expect the game to be a cracking affair.

Pitch Report: The wicket at Guayana has historically been batting-friendly. Teams batting first could prefer to score beyond 170, with spinners likely to get in action as time goes by. 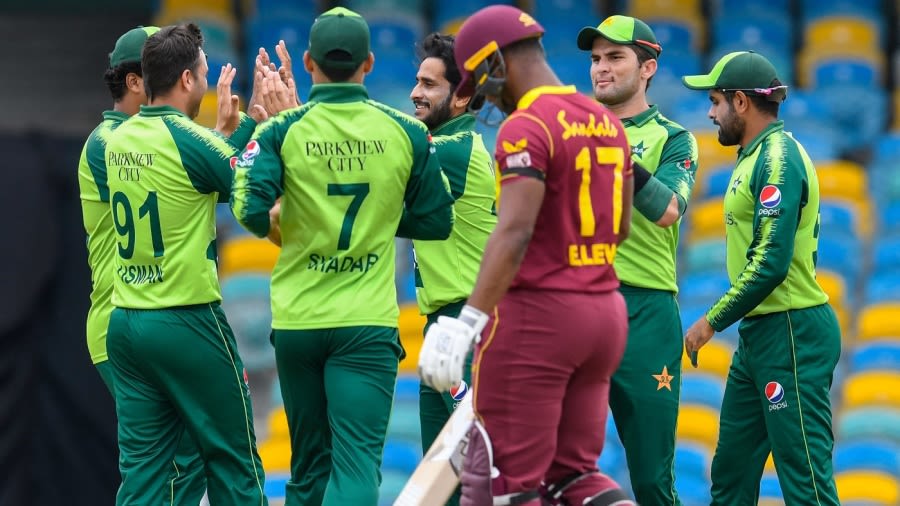 Babar Azam has been the usual standout for Pakistan. Babar has scored 2153 runs from 57 T20Is, at an average of 46.8. He also has 19 fifties and a hundred to his name.

Hayden Walsh Jr. was the ‘Player of the Series’ versus Australia in the T20Is and could once again be play a valuable role for West Indies. The left-arm-wrist-spinner has 23 wickets from the 22 games so far.

Mohammad Rizwan has been one of the most reliable batsmen for Pakistan in recent times. The wicket keeper batsman has featured in 39 T20Is, having scored 1019 runs at an average of 48.5. He has nine fifties and a hundred under his belt.