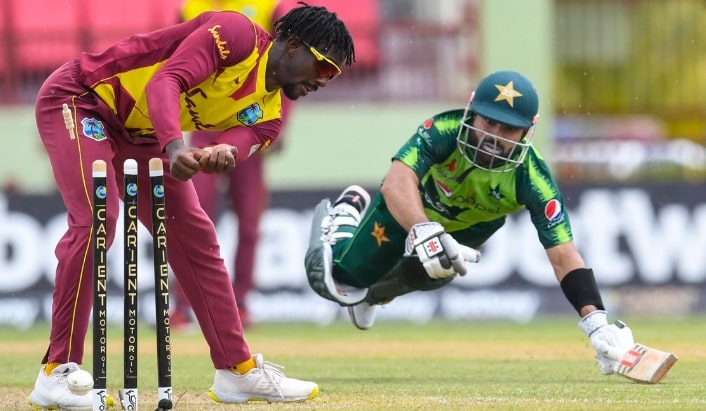 West Indies vs Pakistan Dream11: The West Indies will be squaring off against Pakistan in the 4th and final T20I of the series. Pakistan have a slender 1-0 lead so far, as the 1st and 3rd match were abandoned due to rain. The final T20I will also be hosted at Guayana, and it will be interesting to see what the whether has in store for us. Both the West Indies and Pakistan have some commendable players for T20 Cricket, and fans all over will be hoping to watch an uninterrupted and exciting final game.

Pitch Report: The wicket at Guayana is a deceiving one, as it seems to be batting friendly in the initial overs, but can slow down as time goes by.  The average first innings is that of 145-150 at the Providence Stadium. L Simmons and E Lewis are in doubt to start for their side.

Babar Azam is more than likely to be among the runs for Pakistan. Having been a part of 58 T20Is, Babar Azam has scored 2204 runs with an average of 46.9. He also has 20 fifties and a hundred to his name.

Jason Holder impressed in his last performance over Pakistan as he registered his career best figures in T20Is for West Indies. Holder picked up four wickets for 26 runs in four overs, and can pose a threat here as well.

Mohammad Rizwan has also been quite reliable with the bat for Pakistan. The wicket-keeper batsman has scored 1065 runs from 41 T20Is for his country, and has a staggering average of 48.4 as well.