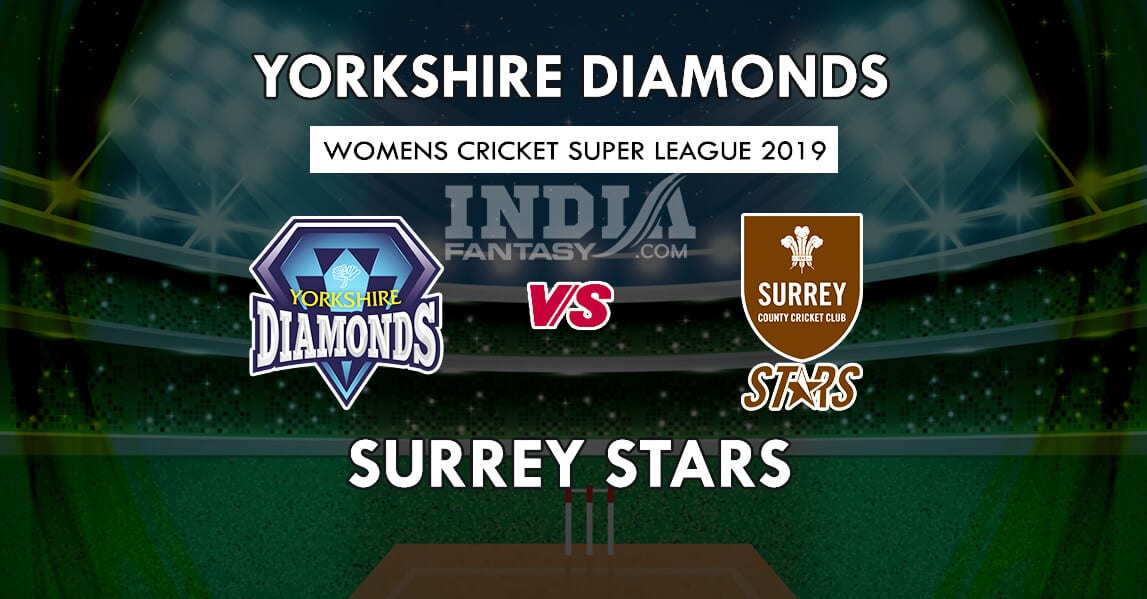 Defending Champions Surrey Stars take to ground to defend their crown against the Yorkshire Diamonds in the Kia Women’s Super League’s opening day.

True to their name, the Stars feature a lot of stars including the likes of  Sarah Taylor, Laura Marsh, and Natalie Sciver.

Yorkshire Diamonds, on the other hand, have recently acquired Alyssa Healy and Jemimah Rodrigues in a bid to improve their performances.

BREAKING: The Diamonds have named a squad of 12 for tonight’s @KIA_SuperLeague season opener against @SurreyLadies – Brunt misses out at the ECB’s request after the recent conclusion of the Women’s Ashes series. #OneRose pic.twitter.com/qdkenWV23T

Katherine Brunt will be rested for this one on ECB’s request as she’s coming off the conclusion of the recent Ashes series.

A lot will also depend on Jemimah Rodrigues who comes into the tournament with a reputation of young sensation.

Surrey Stars: The defending Champions will be high on confidence going into this one.

Lizelle Lee will open the innings for the alongside Bryony Smith with the power pack of Sarah Taylor, Dane van Niekerk, and skipper Natalie Sciver to follow.

20-year-old offbreak bowler Mady Villiers comes into the side on the back of some impressive performances in the county set-up.

Alyssa Healy: The Player of the tournament and highest run-scorer in last year’s Women’s World T-20 (225 runs), this will be Healy’s first taste of the KSL.

Jemimah Rodrigues: This Indian sensation has been in sublime touch in the past 12 months. She has scored 586 runs in 18 innings at an average of 36.63 at a strike rate of 126.84 with five fifties.

Natalie Sciver: She is perhaps the most consistent performer in the history of this competition. She was Surrey’s top run-getter last season with 362 runs and also bagged 10 wickets.