T20 World Cup IND vs PAK Live Streaming: The much-anticipated clash of the ICC T20 World Cup 2021 is just a few hours away from now. Virat Kohli’s Team India will cross swords against Babar Azam’s Pakistan with each other at Dubai International Cricket Stadium. The match between the two Asian heavyweights will see them facing each other for the first time since Cricket World Cup 2019. Both the teams look extremely strong on the paper but the team that will handle the pressure situations well have a better chance of clinching the match. It remains to be seen who among the arch-rivals will have the last laugh in today’s high-intensity clash.

Where to Watch IND vs PAK T20 World Cup Live

Here is the list of some channels that will telecast the match between the two arch-rivals.

How to watch IND vs PAK Live Score and Match Streaming for FREE? 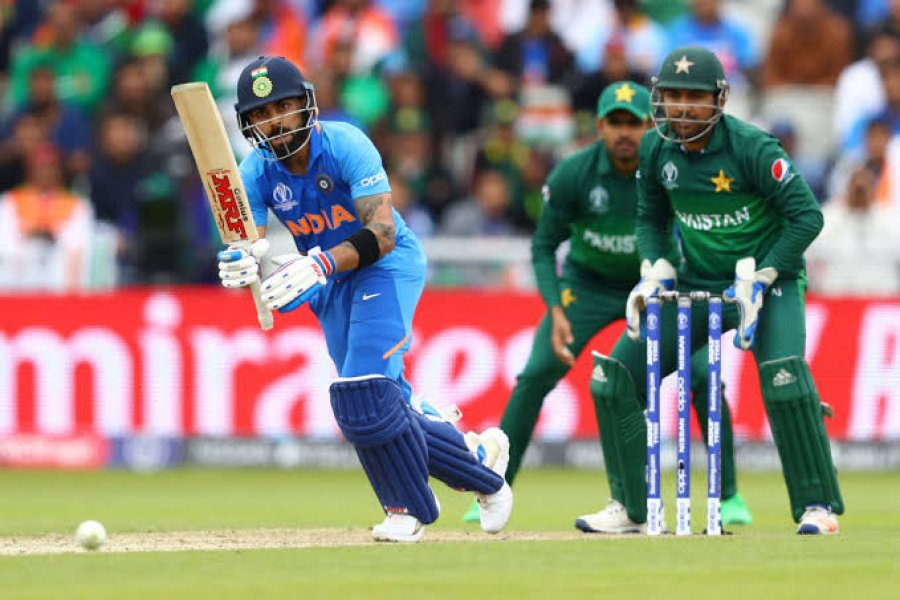 Those who are unable to watch the T20 World Cup 2021 encounter between India and Pakistan on television, can stream the match online. However, there won’t be any platforms that will stream the match between the two Asian sides for free. Viewers can tune in by subscribing to a nominal subscription fee of Disney+Hotstar. JIO is also providing Hotstar subscriptions on select plans. The two sides have matched each other blow for blow and their head to head record favours the Indian Cricket team more as overall in 8 T20I encounters between them the ‘Men in Blue’ has seven to their name including the famous Bowl-Out win in 2007 T20 World Cup.

Read Also: India vs Pakistan: Head to Head in T20 World Cup, Most Runs, Most Wickets

The 16th match of the ICC T20 World Cup 2021 between India and Pakistan that will take place at Dubai International Cricket Stadium is scheduled to start at 7:30 PM IST.

There could be a toss-up between R Ashwin and Rahul Chahar for the place of a spinner in the side. While Bhuvneshwar Kumar is likely to get a nod ahead of Shardul Thakur.

Pakistan named their 12 man squad yesterday for the game against India. One among Shoaib Malik or Haider Ali will play.