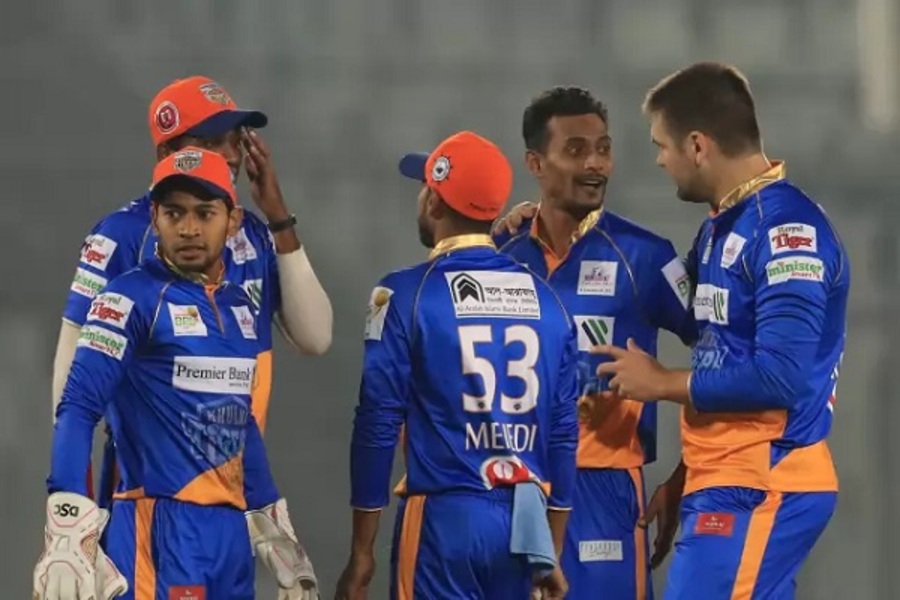 KHT vs FBA Today Match Prediction: The 14th match of the Bangladesh Premier League 2022 will be played between Khulna Tigers and Fortune Barishal at Zahur Ahmed Chowdhury Stadium, Chattogram in the evening.

This will be the second time when both teams will face each other in the ongoing season. Fortune Barishals registered 17 runs win over Khulna Tigers when both teams met first on Saturday.

Both teams have managed two wins and two defeats in four outings so far. The Tigers are sitting fourth in the table while the Barishal are sitting at the fifth spot owing to net run rate differences.

Khulna Tigers are favorites to win this fixture. They suffered a top-order collapse in the previous meeting against Fortune Barishal but are expected to come back stronger. They have the momentum on their side and have a couple of in-form match-winners in skipper Mushfiqur Rahim and Andre Fletcher. Rahim failed to score in the starting two games but has played unbeaten 44 and 40 runs knock in the last two outings. Andre Fletcher and Thisara Perara are also in good form which makes Tigers a balanced outfit.

Who will win today’s KHT vs FBA match?

Though Fortune Barishal won the previous meeting, Khulna Tigers are expected to win this match and level the score. Andre Fletcher, M Rahim, and K I Rabbi expected to be the fantasy picks for KHT vs FBA Dream11 prediction. Fletcher is the leading run-scorer while K I Rabbi is the top wicket-taker for the Tigers.

Today match score: The team batting first is expected to score around 150

Today pitch report: The wicket played well in the previous game and is expected to be a good batting pitch. Expect batsmen to dominate the game