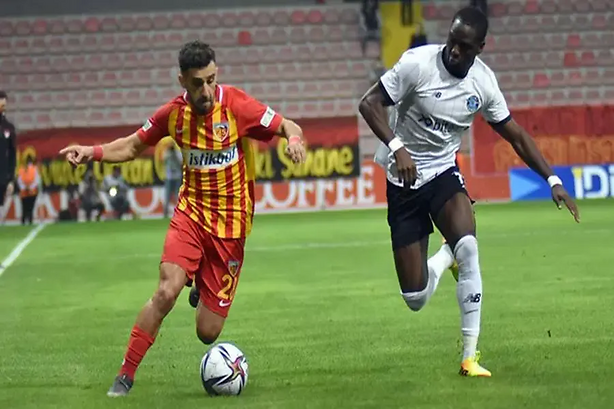 ADD vs KAY Dream11: Adana Demirspor will be squaring off to Kayseripsor in the forthcoming fixture of the Turkish League. Talking about the standings, Adana Demirspor is 4th in the league with 33 points on board. They’ve won four and drawn one of their last five games, with their most recent one being a 2-1 win over Fenerbache. Meanwhile, Kayserispor is 11th with 27 points to their names. In spite of them being lower down the table, they are on the back of three straight wins to Sivasspor, Aksarayaspor, and Altay. Nevertheless, they will have to be at their absolute best in order to get the better of an in-form Adana Demirspor unit. With that being said, here is the ADD vs KAY Dream11 Prediction for the fixture ahead.

From the last six meetings between the two sides, two games have been won by Kayserispor, whereas, one has been won by Adana Demirspor. Three games have ended on level terms.

Matias Vargas has bagged four goals and eight assists from the 18 appearances this season for Adana Demirspor.

Maro Guvranovic can pack a punch in the final third region for Kayserispor. Guvranovic has six goals and four assists from the 11 appearances this season.

Yunus Akgun has done reasonably well in the forward line for Adana Demirspor. Akgun has five goals and four assists from the 17 appearances this season.