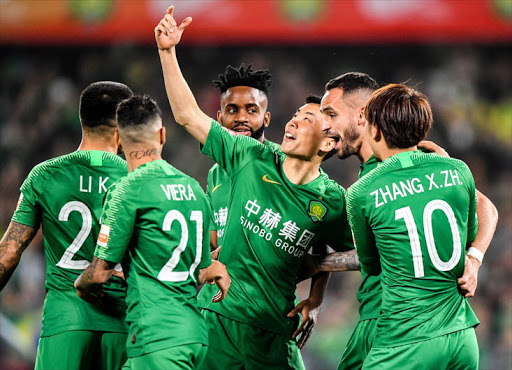 Play-offs would continue in the Chinese Super League as Beijing Guoan would meet Shandong Luneng in the 2nd leg of the quarterfinals on Thursday. The first leg of the tie ended up at a score of 2-2 and Beijing Guoan would enter the game with 2 away goals advantage. After the end of the regular season, Shandong Luneng finished at the 3rd position in Group A, while Beijing Guoan finished 2nd in Group B to make it to the next stage. Both teams now would try to give their absolute best on the pitch to make it to the semifinals. Let’s take a look at the BEI vs SHD Dream 11 Prediction for this upcoming Chinese Super League fixture.

They played a 2-2 draw against Shandong Luneng in their last game.

Hou Sen would be the goalkeeper in the post, while the likes of Li Lei, Yu Yang, Min-Jae Kim, and Wang Gang would form the defensive wall for the team. Chi Zhongguo, Fernando, and  Li Ke would feature in the midfield. Jonathan Viera is likely to take a spot in the attacking midfield. Zhang Yuning and Cedric Bakambu would lead the front line in the attack for the side.

They are coming to this game off a 2-2 draw with Beijing Guoan in their last match.

Injury Report, Unavailability: Wu Xinghan is doubtful to play in this game.

Rongze Han is likely to wear the gloves between the sticks in the BEI vs SHD Dream11 match prediction. Song Long, Tamas Kadar, Dai Lin, and Wang Tong are expected to form the defensive unit in front of the goal. Marouane Fellaini, Wu Xinghan, Jin Jingdao, and Moises would connect the defence to the attack in the midfield, while Duan Liuyu and Graziano Pelle would lead the attacking charge in the final third.

Cedric Bakambu has been involved in 18 goals in just 13 appearances for Beijing Guoan this season. The forward has scored 13 times and assisted 5 goals further so far.

Graziano Pelle has managed to score 7 goals in 12 appearances for Shandong Luneng this season. The veteran striker has also added one assist to his tally.

Jonathan Viera has been directly involved in 6 goals for Beijing Guoan so far this season. The attacking midfielder has scored 3 goals and provided 3 assists further in 13 appearances.

Marouane Fellaini has managed to find the back of the net 4 times in 10 appearances for Shandong Luneng this season.

Shandong Luneng have to chase this game as Beijing are carrying a 2-away goal advantage with them. Here are the betting odds from some bookmakers:

As per the BEI vs SHD today match prediction odds, Beijing Guoan are the favourites to win this match.

Vishal Rathi is a sports enthusiast who has left his corporate job to follow his passion for writing about sports. He is an expert in writing about multiple realms of sports space including Cricket, Football, Kabaddi, Tennis, and Pro-Wrestling. Vishal is an able sportsperson himself and can play multiple sports including Cricket, Football, Kabaddi, Badminton, Table-Tennis, and Chess. Vishal is a die-hard fan of Manchester United, and he Idolizes Cristiano Ronaldo.
Previous ArticleAJA vs LIV Dream11 Match Prediction Ajax vs Liverpool Champions League 22 October
Next ArticleRPD vs ARS Dream11 Match Prediction Rapid Wien vs Arsenal Europa League 22 October