DAE vs PHG Dream11 Prediction: Daegu FC and Pohang FC will lock horns in Korean League on Sunday. Daegu FC, following on from their previous result, will be hoping for more of the same after a 0-4 AFC Champions League victory against United City. Since a loss in their previous game against FC Seoul in Korean League 1 competition, Pohang Steelers will be aiming to make amends here.

Daegu have a couple games in hand on sides around them in a position where they can still reach the top-of-the-table but they’d need to win this match against a Pohang Steelers side that are comfortably in mid-table with seven wins and six draws in tier 19 games. Only Jeonbuk Motors have conceded fewer than either of these two sides which highlights a defensive solidity and efficiency. Given that, this one looks set to be a low-scoring encounter.

Injury Report and Unavailability: Gyeong-ju Sue and Ki-dong Park are ineligible for this match because of injury.

Expected changes and Strategy: Other than the above two, owing to a completely injury-free squad available to choose from, Seoul boss does not have any fitness worries to report coming into this game.

Expected changes and Strategy: Due to a mostly available group, there’s only the one fitness issue for the Pohang boss Gi-dong Kim to be concerned about. 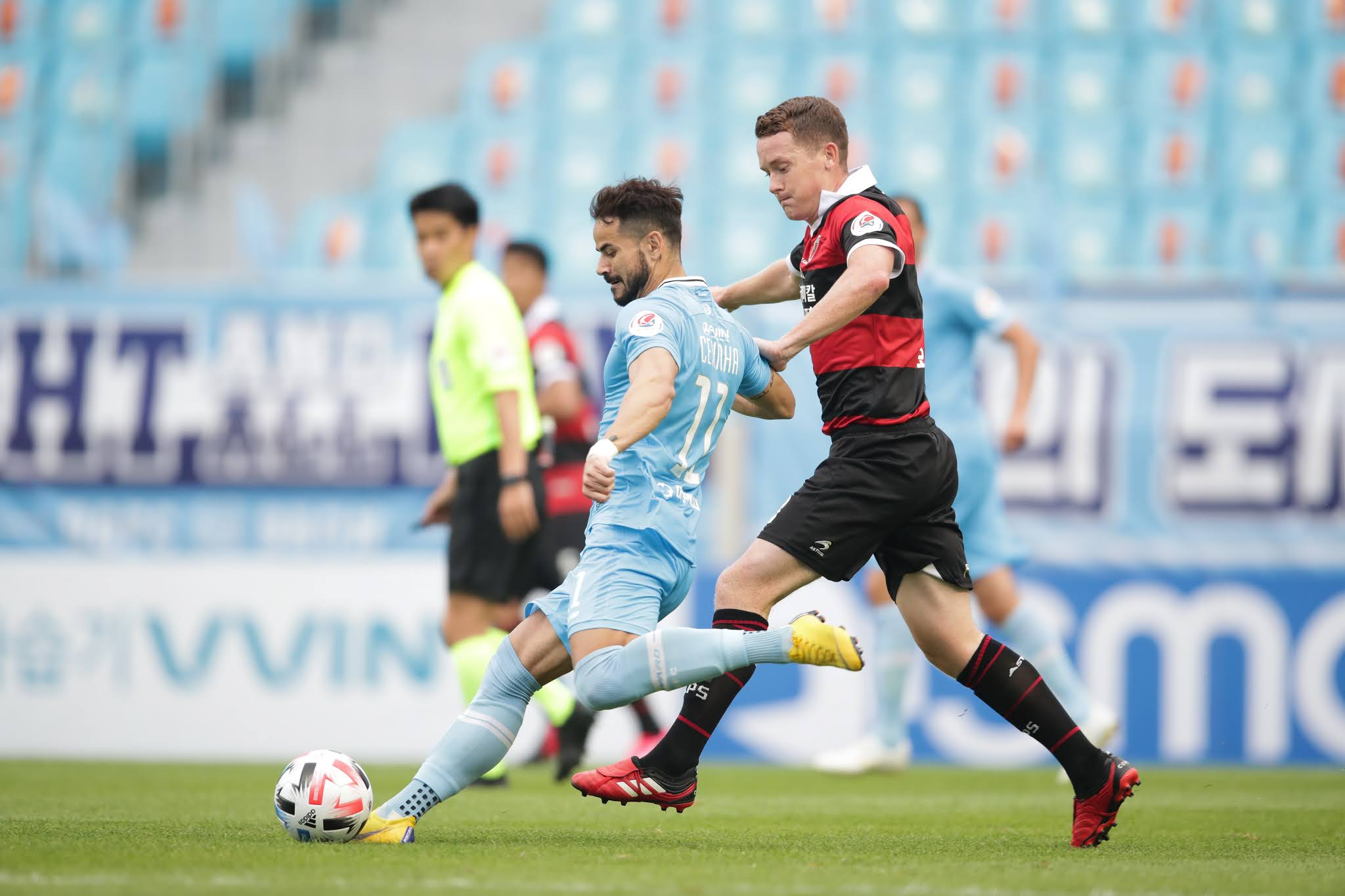 Cesinha: Cesinha has 5 goals and a total of 13 shots on goals. This results in a goal conversion rate of 40.79%. He had a total of 6 big chances. He has a total of 4 assist, 12 key passes and he created a total of 7 chances.

B. Tashchy: Sung-Yeung has 1 goals and a total of 4 shots on goals. This results in a goal conversion rate of 37.31%. He had a total of 3 big chances. He has a total of 0 assists, 3 key passes and he created a total of 3 chances.

Our assessment here is that Pohang Steelers will need things to go their way to break down this Daegu FC team who we think might well emerge victorious. We’re therefore seeing a very competitive game with a 1-0 win for Daegu FC after 90 minutes. In our DAE vs PHG Today Match Prediction odds, we back for a 1-0 win for home side in this match.

Jeet Ghosh is a Football Journalist, living and working in Kolkata with years of experience. He is a Post Graduate in Journalism and Mass Communication from Jadavpur University. Jeet is a sports lover but has a special liking for football. He has worked as a football writer with The Citizen, Sportsflashes, Sportskeeda. He follows the football leagues around the world and is somewhat partial towards Real Madrid.
Previous ArticleVAN vs MU Dream11 Team Prediction Vancouver Whitecaps vs Minnesota United FC Major League Soccer Live Score August 1
Next ArticleDJU vs BKH Drem11 Team Prediction Djurgarden vs Hacken Swedish League Live Score August 1