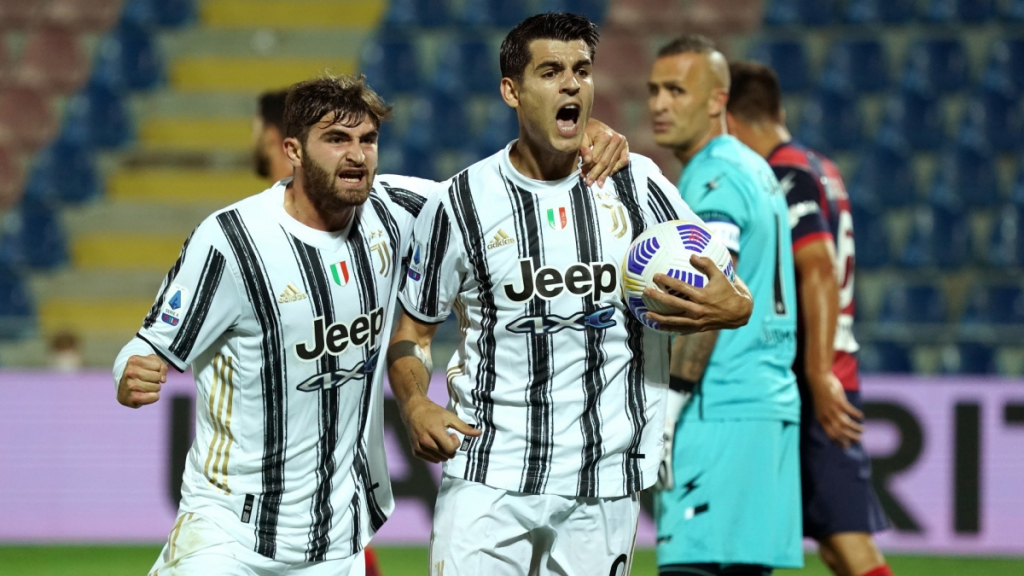 DYK vs JUV Dream11 Prediction: The UEFA Champions League is back and Juventus travel to the Ukrainian capital for the first game of the tournament to take on Dynamo Kyiv. Sitting in group G alongside Barcelona, Kyiv and Ferencvaros, Juventus begin their hunt for that elusive Champions League trophy. The Bianconeri have not been able to convert their domestic success into European glory, having last won the trophy in the 1995-96 season. They came close in 2017 after reaching the finals but lost 3-1 to Barcelona and will strive to go again under their new manager – Andrea Pirlo. Juventus are coming off the back of a poor result after failing to beat Crotone, as they finished the weekend in 5th place in the Seria A. As far as Dynamo Kyiv are concerned, they are on an excellent run of form this season. Yet to lose a game, the Ukrainians have won eight of their last ten games and sit atop the domestic league with 14 points. Much like their opponents, despite enjoying a lot of domestic success, Dynamo has not been able to convert that into European silverware. Otherwise, an easy 3 points for Juventus, this game has been made evenly matched by the absence of Cristiano Ronaldo, Juve’s inconsistent results and Kyiv’s incredible run of form.

Dynamo Kyiv Team News
Injury Report, Unavailability: Centre-back, Mykyta Burda, is a long-term absentee for Kyiv.
Doubtful: Manager, Mircea Lucescu, has a full-strength squad to choose from.
Expected changes: Kyiv are not expected to make a lot of changes to their side, bar a few tweaks from the team that beat Rukh Lviv on Saturday.

Injury Report, Unavailability: Juventus will be without talisman, Cristiano Ronaldo, and youngster, Weston McKennie after they tested positive for Covid-19. Matthijs de Ligt is also unavailable after dislocating his shoulder.
Doubtful: Alex Sandro is doubtful with a muscle injury and it remains to be seen if he is fit to play. Paulo Dybala is doubtful after reportedly falling out with the Juve hierarchy following his omission from the squad multiple times.
Expected changes: In the absence of Ronaldo, Dejan Kulusevski will start alongside new loan signings – Alvaro Morata and Federico Chiesa in DYK vs JUV Dream11 Team Prediction.

Juve is poised to win this game at 1.80 and Dynamo Kyiv enters as underdogs at just 4.20. An interesting fact over here is that Juventus manager, Andrea Pirlo, was given his senior debut at the age of just 15 by then Brescia manager, Mircea Lucescu, who is in charge of Dynamo Kviy now. Pirlo has been ever grateful for the opportunity and the trust Lucescu showed in him that helped him become one of the best midfielders the world has ever seen. That said, Pirlo will be very familiar with the coaching style and tactics used by the Dynamo boss and will set up accordingly. However, the apprentice will have the difficult job of managing without Cristiano Ronaldo who has been excellent since he joined the Bianconeris a couple of seasons ago. Dynamo on the other hand will be aware of the vulnerabilities in this Juve side as their front three are either very young, new signings, or both. They will look to find pockets of space on the left-flank in the final third, targeting the gaps left between Danilo and Bernardeschi because Bonucci and Chiellini will do well to hold down the fort on their end and it will take something special to beat them. Check out our DYK vs JUV Dream11 Match Prediction.

Alvaro Morata – Alvaro Morata returns to Juventus after unsuccessful stints at Chelsea and Atletico Madrid. Juventus was where he first had his breakthrough and had 46 goal contributions in 2 seasons. He has had a dip in confidence over the last few years but looks to be back to his best in Turin after finding the net in his last game.

Viktor Tsigankov – At the age of just 22, Tsigankov has had an excellent time at Dynamo Kyiv, scoring 62 goals and providing 46 assists already. He has already scored 3 times and provided one assist in the Ukrainian Premier League so far and will definitely be asking questions of the Juventus defence when the two sides meet.

Federico Chiesa – Having signed from Fiorentina in the last few hours of the transfer window, Chiesa has had a less than ideal start to life in Juventus so far. He must have been on cloud 9 after assisting on his debut but received a red card later on. He will be desperate to prove his worth to the Juve faithful after an amazing spell at Fiorentina where he scored 34 goals and provided 25 assists.

Vladyslav Supriaga – Vladyslav Supriaga moved to Dynamo Kyiv from SK Dnipro just this season and the big move has not fazed the boy. He has impressed so far, scoring 3 goals and 5 assists already with 1 goal and 2 assists coming in the Champions League qualifiers so far. Mircea Lucescu will be happy with his progress but starting against Juventus will be a big jump for him.

Dejan Kulusevski – Kulusevski has been recalled to Juventus after his loan spell at Parma ended this summer. He impressed last season with 10 goals and 9 assists and has seemed to earn Andrea Pirlo’s trust who has started him in 3 games this season at the age of just 20. In the absence of Ronaldo, he will be starting and has a better chance to impress.

Federico Bernardeschi – Having signed from Fiorentina a few years ago, Bernardeschi has not lived up to the heights expected off of him but nevertheless, he has been a faithful servant to the Bianconeri. After missing out on the first three games due to injury, Bernardeschi made a substitute appearance against Crotone and will look to reclaim his spot in the starting lineup.