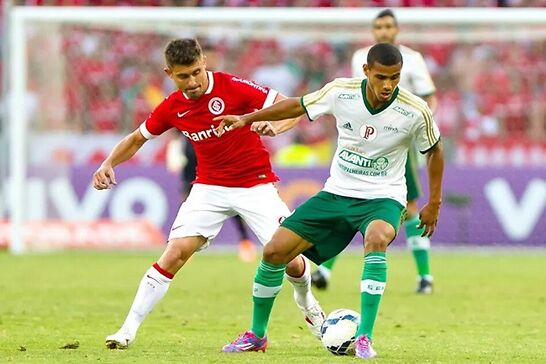 GOI vs INTN Dream11: As the Brazilian Serie A goes on in full swing, it will be Atletico Goianiense that takes on Internacional at the Atletico Clube Stadium. Talking about the standings, Atletico Goianiense are in at the 7th spot with 24 points on board. They’ve won two and drawn three of their last five fixtures. Meanwhile, Internacional, are in at 10th with 22 points under their belts. They too have been fairly inconsistent, with two wins, two draws and a defeat from their last five. Both sides are going through struggles of their own, and we can expect the upcoming contest to be cagey yet intriguing affair. That being said, here are the GOI vs INTN Dream11 Prediction for the upcoming fixture.

From the last six meetings between the two sides, it’s Internacional that has the upper hand with four wins in contrast to Atletico Goianiense’s one win. One game has also ended on level terms Joao Paulo has impressed in the final third region. Paulo has three goals, an assist and also has a pass accuracy of 81% from nine appearances this season.

Edenilson can be the danger man for Internacional. Edenislon has eight goals, five assists, and a pass accuracy of 83.5% from 16 appearances this season.

Yuri Alberto has impressed in the forward line for Internacional. The 20-yer-old has six goals from 16 appearances this season.