JP U23 vs SP U23 Dream11 Prediction: Japan U23’s quest for an Olympic gold medal in the men’s football tournament will face a massive challenge in Spain U23 when the sides meet in the semi-finals on Tuesday. The Samurai Warriors cruised through Group A with three wins from three, before seeing off New Zealand on penalties in the last eight. Spain, meanwhile, have had their fair share of challenges, including two injuries, but they also took 120 minutes to negotiate their quarter-final fixture.

After a 0-0 draw against New Zealand following extra time, Japan progressed over the Kiwi’s via a penalty shootout to setup a semi-final clash with Spain, who beat Ivory Coast in a hugely entertaining contest. After looking like heading out of the tournament after a goal in the first minute of second half stoppage time put Ivory Coast 1-2 infront, Spain rallied to equalise just two minutes later before going on to blitz their opponents in extra time, ultimately emerging as 5-2 victors. Spain’s fantastic extra time performance bodes well for them here, although they will need to show patience against a Japanese defence that have conceded just a single goal across the competition so far.

Where to watch Japan vs Spain Olympics Men Live Score and Live Stream? No live streaming in India.

Injury Report and Unavailability: Bologna star Takehiro Tomiyasu is suspended from the clash for accumulation of cards.

Expected changes and Strategy: Right-back Hiroki Sakai will return from his own suspension and should walk straight into the XI.

Expected changes and Strategy: Oscar Gil returns from his suspension and might take Mingueza’s place, relegating Jesus Vallejo back to the bench. 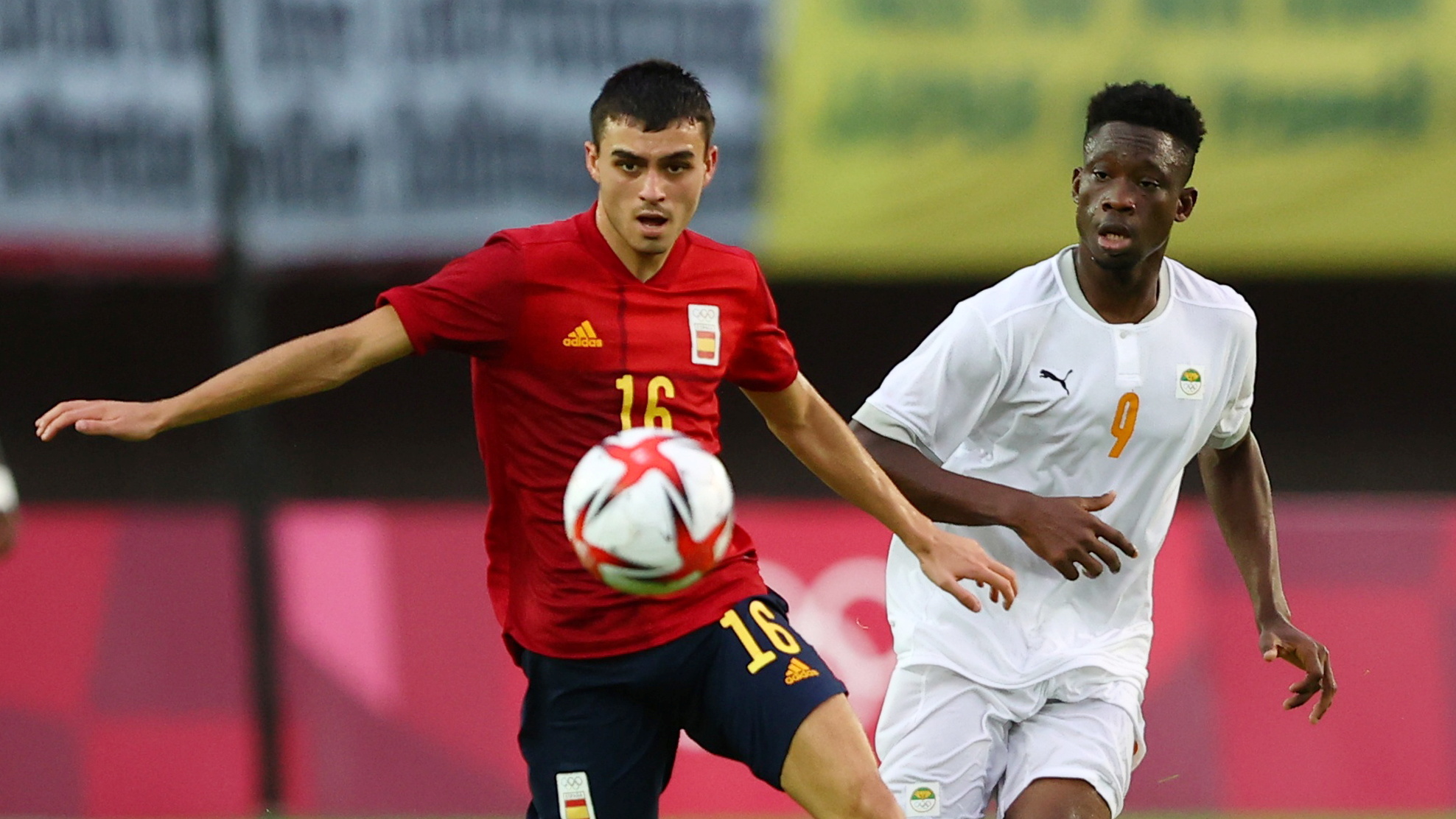 Takefusa Kubo: Kubo has 3 goals and a total of 11 shots on goals. This results in a goal conversion rate of 29.18%. He had a total of 5 big chances. He has a total of 2 assist, 4 key passes and he created a total of 7 chances.

Mikel Oyarzabal: Oyarzabal has 2 goals and a total of 7 shots on goals. This results in a goal conversion rate of 31.48%. He had a total of 4 big chances. He has a total of 1 assists, 6 key passes and he created a total of 5 chances.

Japan have done really well on home soil thus far, although they really struggled against New Zealand, going 120 minutes without a goal. Spain also had to slog it out against Ivory Coast but eventually ran out 5-2 victors. The momentum going into this game is firmly in Spain’s favor. It will be close but a victory for Spain is the most likely outcome. In our JP U23 vs SP U23 Today Match Prediction odds, we back for a 2-1 win for Spain in this match.

Jeet Ghosh is a Football Journalist, living and working in Kolkata with years of experience. He is a Post Graduate in Journalism and Mass Communication from Jadavpur University. Jeet is a sports lover but has a special liking for football. He has worked as a football writer with The Citizen, Sportsflashes, Sportskeeda. He follows the football leagues around the world and is somewhat partial towards Real Madrid.
Previous ArticleCHYT vs SHGP Dream11 Team Prediction Tips for Changchun Yatai vs Shanghai Port Chinese Super League Live Score 3 August
Next ArticleBEI vs WHN Dream11 Team Prediction Tips for Beijing Guoan vs Wuhan Chinese Super League Live Score 3 August