LAZ vs CRT Dream11: Lazio welcome Crotone to the historic Stadio Olimpico for a Serie A fixture. The blue side of Rome has been very poor of late despite a solid start to the season and have won just 1 of their last 5 games, losing 4. They have slipped out of the top 6 and our 4 points off Napoli who occupy the last European spot while they trail the Champions League spots by 7 points. Crotone is dead last in the league but picked up their 4th win of the season when they beat Torino 4-2 last weekend. They are still 7 points off safety but with their close counter-parts facing tough opposition this weekend, they will try to capitalise on potential slip-ups.

Serie A Table: Lazio is 7th in the table whereas Crotone is in last place.

Head-to-Head (last 5 meetings): Lazio has the advantage with 3 wins, while Crotone has won 1, and played out 1 draw.

Injury Report and Unavailability:
• Luiz Felipe is out with an ankle injury.
• Manuel Lazzari has suffered a calf injury which keeps him out.
• Centre-back, Stefan Radu, has a hernia and will not feature until next month.

Expected Changes and Strategy:
• Lazio have made the 3-5-2 their own this season and should stick with the same players that faced Juventus last week.
• Simone Inzhagi will hope for Ciro Immobile to find his scoring boots again while Joaquin Correa to build on his goal against Juventus.
• The likes of Sergej Milinkovic-Savic and Luis Alberto will be key to holding the midfield together as they play on either side of Lucas Leiva.

Injury Report and Unavailability:
• Ahmad Benali will miss the game with a thigh injury.
• Luca Cigarini has a muscular injury and his unavailable for a few weeks.

Expected Changes and Strategy:
• Crotone played an impressive game against Torino and are likely to keep the side unchanged.
• Simy and Adam Ounas were incredible last weekend and should be the biggest threat to Lazio.
• They set up in a 3-4-1-2 last time out but should mirror Lazio’s 3-5-2 with Junior Messias playing deeper in midfield. 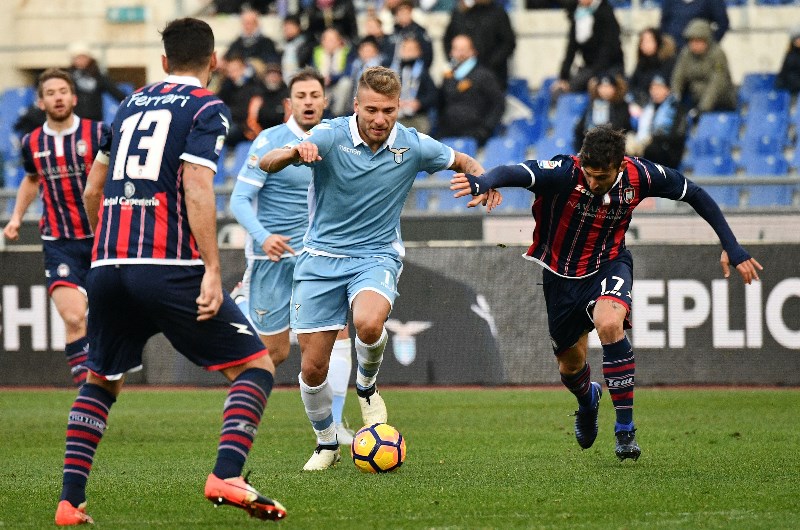 Ciro Immobile – Immobile has 17 goal contributions (14 goals and 3 assists) in his 22 starts for the club. Although he has not scored in his last 4 league games, it is quite difficult to keep a striker like him silent. Immobile has created 33 chances and has as many shots on target as well with a 60% success rate.

Simy – Despite Crotone’s position in the league, Simy has been one of the better players in the league this season and has 10 goals to his name in 19 starts. The Nigerian international also has 3 goals in his last 2 games for the club while creating 22 chances and succeeding in 27 attempted dribbles in the league.

Luis Alberto – Luis Alberto has been the dark horse in midfield this season. Despite playing alongside names like Milinkovic-Savic and Marusic, Alberto has scored 7 goals this season. He has created 47 chances and has succeeded in 38 of his attempted dribbles. The Spanish international has also whipped in 21 crosses despite playing a more central role. Alberto has a pass accuracy of 80% and will be tasked with finding the likes of Immobile and Correa in the final third. 56% of his attempted shots are on target with 37% of them ending up in the back of the net.

Both teams have 1 win in their last 5 games but Crotone might have new-found confidence after scoring 4 goals against Torino. As for Lazio, they gave up a 1-0 lead away to Juventus and went on to lose the game 3-1. With a lot at stake, Crotone is likely to be at their best and will look to ask questions of an already vulnerable Lazio. The LAZ vs CRT Today Match Prediction could end in a draw which the away side will grab with both hands whereas the home side can not afford to lose this.