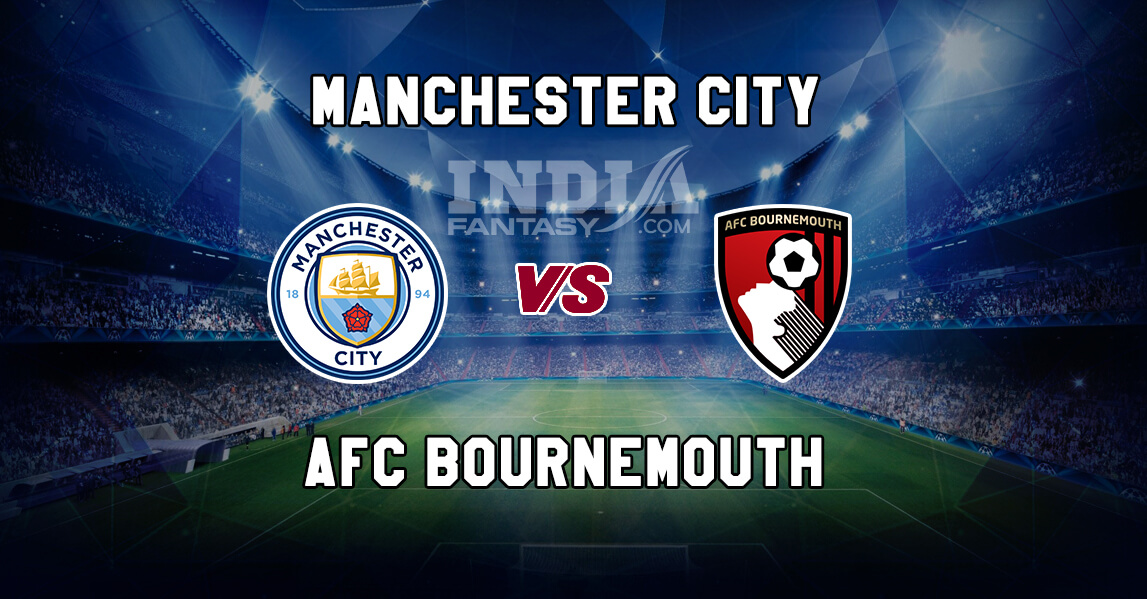 Manchester City will be looking to return back to winning ways when they face Bournemouth in the Premier League at dean Court.

The VAR came back to haunt both Manchester City and Pep Guardiola as Gabriel Jesus’ injury-time goal, supposed to be a winner, was ruled out, again.

It’s a matter of debate how the VAR should look at the handballs, but it was the precious two points dropped by the defending champions.

While Bournemouth opened their account for the season with a comprehensive 1-2 away win over Aston Villa.

The Premier League match will be played between Bournemouth and Manchester City at Dean Court, in Bournemouth, England. The ground has a capacity of 11,329.
The game will start at 06:30 PM (IST), on Sunday, August 25.

Callum Wilson: Bournemouth’s prized asset. The pacey striker was once a prime target for Chelsea, but the Cherries stood firm and fend off the interests.

He is still not at his best, but the signs are he is returning to his lofty heights.

Raheem Sterling: Since Pep Guardiola took over the Etihad Stadium, the former Liverpool winger has been the most improved players in this team, or perhaps in the whole world.

His goals scoring return is improving, his assists charts growing and the impact is palpable. Too hot to handle at this moment.

Bernardo Silva: With the control on the ball like the F1 driver behind the wheel, and the feather-like touches, like a mouse scurrying over the pebbles, this Portuguese star is a magician who can do unbelievable things on the football ground. MCI vs BOU Dream11 potential winner:
Manchester City are the clear favorites to win the match.