MEX vs CN Dream11 Prediction: Mexico’s hunt for a 12th CONCACAF Gold Cup title has reached the semi-final stage as they take on Canada. Mexico are unbeaten in the competition so far and have won each of their last three games since the opening day stalemate against Trinidad and Tobago. Canada are into their first semi-finals since 2007, have been very impressive, even without the services of young guns like Alphonso Davies and Jonathan David.

Gerardo Martino’s men have consistently improved as the tournament has progressed following that 0-0 draw with Trinidad and Tobago in their opening game and a comprehensive 3-0 beating of Honduras in the quarter-finals was arguably Mexico best performance yet. However, following their impressive 0-2 victory over Costa Rica to reach this stage, Canada will certainly not make things easy for them here and their pace on the counter attack is sure to cause Mexico’s defence problems. However, head coach John Herdman has a number of injuries to contend with and his inexperienced side will not find it easy breaching a Mexican backline yet to concede a single goal in the tournament. Ultimately, the experience and all-round quality of Mexico should see through to victory in 90 minutes here.

Where to watch Mexico vs Canada Live Score and Live Stream? No live streaming in India.

Injury Report and Unavailability: There are no injury or suspension concerns for Mexico ahead of this semi-final fixture.

Expected changes and Strategy: Gerardo Martino made two changes to his lineup against Honduras in the quarter-finals and Mexico are likely to retain this side for the semi-finals.

Injury Report and Unavailability: Ayo Akinola and Cyle Larin have been ruled out after picking up injuries in Canada’s last group fixture.

Expected changes and Strategy: Canada have been very impressive so far, and might field the same lineup that beat Costa Rica in the last eight. 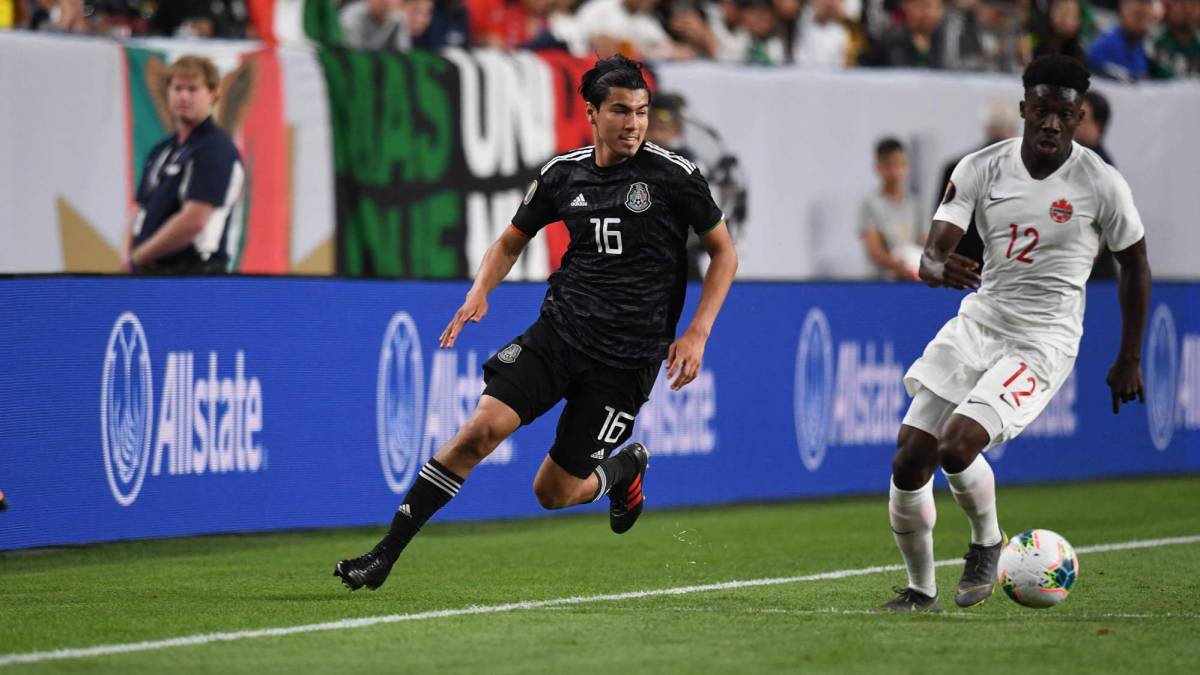 Rogelio Funes Mori: Mori has 3 goals and a total of 16 shots on goals. This results in a goal conversion rate of 37.79%. He had a total of 6 big chances. He has a total of 2 assist, 9 key passes and he created a total of 7 chances.

Orbelin Pineda: Pineda has 2 goals and a total of 8 shots on goals. This results in a goal conversion rate of 34.78%. He had a total of 3 big chances. He has a total of 1 assists, 5 key passes and he created a total of 5 chances.

Looking at these two teams, we feel that Mexico will most probably see a lot of the ball and convert quite a few goal-scoring opportunities. At the other end, Canada will be up against it to score a goal of their own although we do think that they will probably end up getting the chances to score, too. Therefore, we are anticipating a decent victory for Mexico when the full-time whistle blows. In our MEX vs CN Today Match Prediction odds, we back for a 3-1 win for Mexico in this match.

Jeet Ghosh is a Football Journalist, living and working in Kolkata with years of experience. He is a Post Graduate in Journalism and Mass Communication from Jadavpur University. Jeet is a sports lover but has a special liking for football. He has worked as a football writer with The Citizen, Sportsflashes, Sportskeeda. He follows the football leagues around the world and is somewhat partial towards Real Madrid.
Previous ArticleQAT vs USA Dream11 Team Prediction Tips for Qatar vs USA Gold Cup Live Score 30 July
Next ArticleHER vs LIV Dream11 Team Prediction Hertha Berlin vs Liverpool Club Friendlies Live Score July 29