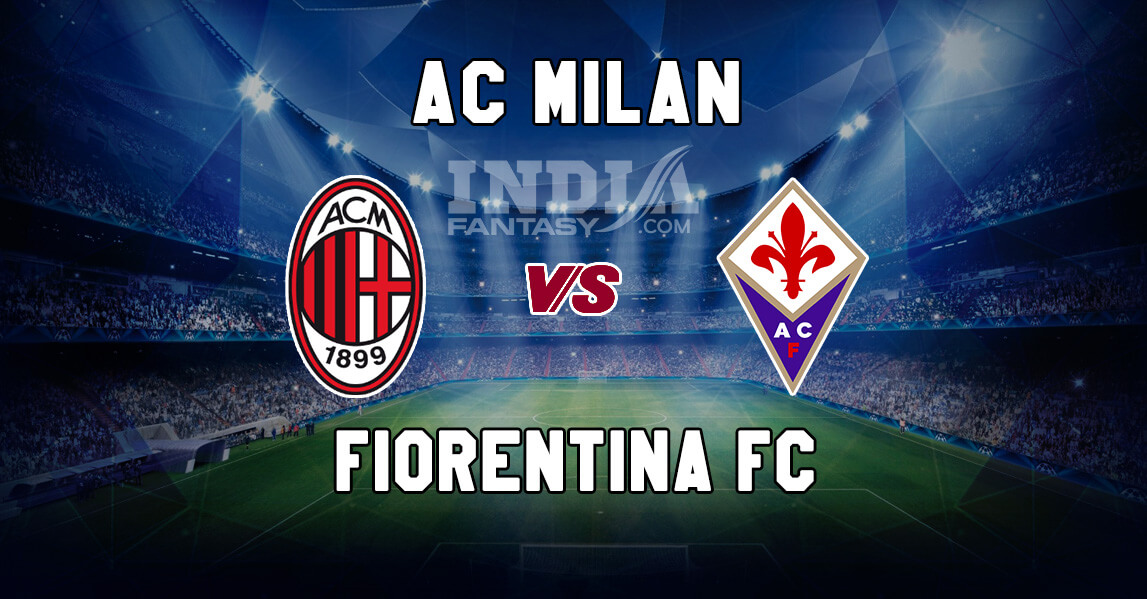 AC Milan gear themselves for a crunch Serie A match as they play a struggling Fiorentina away in the league at Stadio Artemio Franchi, in Florence, Italy.

MIL vs FIO Dream11 MATCH PREVIEW:
The Sun has a long time ago on Fiorentina’s season. And it’s all about surviving through it for the rest of the campaign. It won’t be an exaggeration to say that they have been the biggest disappointment of this Serie A season. In fact, the La Viola haven’t won a home game in the league in 2019.

From challenging for the top-four places and giving the so-called big teams a run for their own money, to the danger of flirting with the relegation and the obscurity of finishing in the mid-table (current position 13th), it’s has been a painful season for all Fiorentina faithful.

AC Milan’s season could be labelled as a failure as well if they don’t manage to break into the top-four. In fact, they are only themselves to blame for the current situation.

As things stand in the league, the Rossoneri are 5th on the table with 59 points, three points behind Atalanta in fourth place.

Atalanta’s form has been phenomenal in the last few weeks and considering only three matches remain in the regular season, Milan may not get to play the Champions League football next season either.

Still, a lot can happen in the last three matches.

The Serie A match will be played between Fiorentina and AC Milan at Stadio Artemio Franchi, in Florence, Italy. The ground has a capacity of 43,147.
The game will start at 12:00 AM (IST), on Sunday, May 12.

Sony Sports Network has the exclusive rights to broadcast Serie A matches in India. Premier members can also enjoy the live action on the official SonyLiv App.

Injured – Club captain German Pazzella will be missing the match with an injury, while playmaker Marko Pjaca will be sitting out as well.
Suspended – Jordan Veretout will be serving a ban due to the accumulation of yellow cards.
Doubtful – None.
Note: Vitor Hugo is expected to play at the back, while Gerson may be used to replace Veretout.

Fiorentina are on an 11-game winless run heading into this match.

Fiorentina are the only side in Serie A to not win a home game in 2019.

AC Milan’s 2-1 win over Bologna was their only second win in the last nine games (all competitions).

MIL vs FIO Dream11 potential winner:
Considering how Fiorentina have been playing of late, Milan will start the match as favourites.