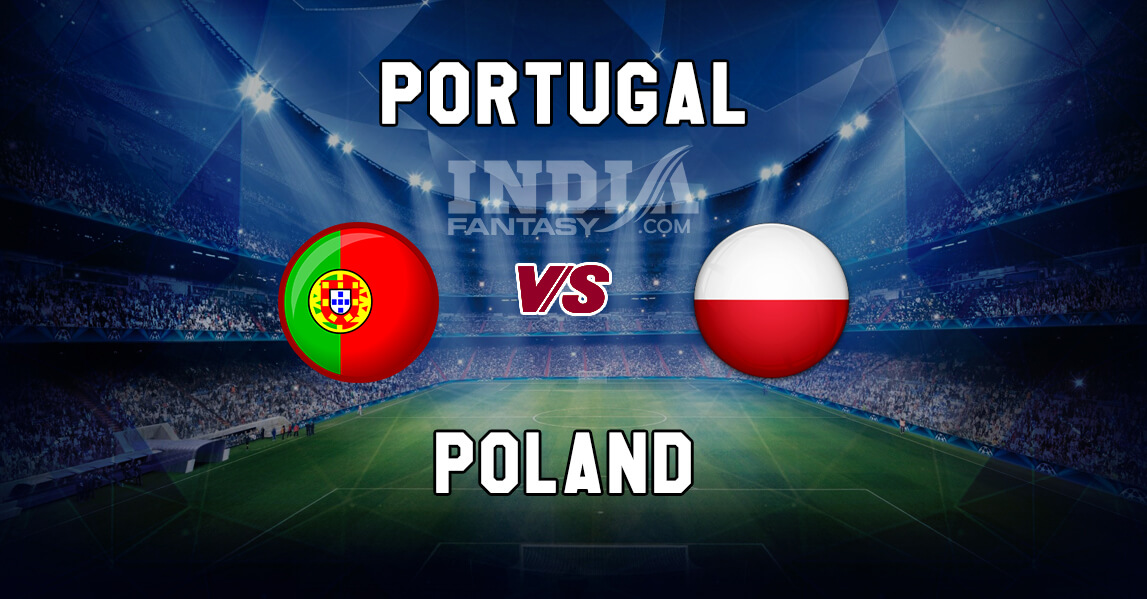 POR vs POL Dream11 MATCH PREVIEW:
Portugal will be aiming to finish their Nations League campaign with a win as they host Poland in the League A clash at Estádio D. Afonso Henriques, in Guimarães, Portugal, on Tuesday night (IST).

Portugal:
Portugal won a thriller against Poland last month as they came out 3-2 victorious in their 2nd UEFA Nations League group game. That win followed a solid 1-0 home win over still-in-transition Italy. Those two wins certainly shaped the destiny of this group as the reigning champions drew their last game against the Azzurri and have already won this group ahead of their last game against the Polish. Now it’s all about creating momentum for the semi-finals which will be played in June next year.

The Nations League were always seen as the toughest assignment for manager Fernando Santos who had to cope without his proven star Cristiano Ronaldo as the former Real Madrid star made himself available for the International fixtures after the world cup in Russia. However, it could very well prove to be a blessing in disguise as Portugal now look well-equipped to deal with the absence of Ronaldo.

Poland:
Poland, on the other hand, had to endure some treacherous time in the last few months. They had a torrid time in Russia, dropping out of the group stage, and now have been relegated to League B after finishing last in the group.

But the biggest worry for manager Jerzy Brzęczek is the lack of goals in the team despite possessing Robert Lewandowski and Krzysztof Piątek, two of the deadliest strikers in the world.

Portugal:
Injured – Everton midfielder Andre Gomez has been ruled out for the 2nd successive game for this country as he continues to recover from a knee injury.
Meanwhile, Manchester City star Bernardo Silva withdrew from the squad last week, citing some fitness issues.
Suspended – Meanwhile, Mario Rui got his second yellow card of the tournament in the last match and thus will be suspended for this game.
Questionable – None

Note: With nothing riding on this match, expect manager Fernando Santos to change his starting 11 for this particular game.
Key Players – Eder, Guedes

Poland:
Injured – Robert Lewandowski won’t be playing in this game as the striker has been left out of the squad.
Also, Maciej Rybus has been ruled out through injury.
Suspended – None.
Questionable – None

Note: At this moment, it seems as if Krzystof Piatek has lost his early-season scoring boots which set the whole Europe on fire. Napoli hit-man Arkadiusz Milik may start up front for the visitors..
Key Players – Zielinski, Milik

INDIA FANTASY PREDICTION:
Portugal have already confirmed their place in the UEFA Nations League finals. Despite that, we expect the hosts not to take their foot off the gas and back them to win this game.

THIS POR vs POL Dream11 MATCH PREVIEW IS BASED ON OUR RESEARCH AND UNDERSTANDING FROM VARIOUS NEWS SOURCES. YOU CAN SELECT YOUR OWN PLAYING 11 ON THE BASIS OF TEAM NEWS AND ALL THE OTHER INFORMATION REQUIRED FROM THIS WEBSITE. USING OUR TEAMS IN ANY CONTEST WILL INCREASE THE PROBABILITY OF HAVING THE SAME EXACT TEAM WITH OTHER USERS CAN LEAD TO THE WINNINGS SPLIT.