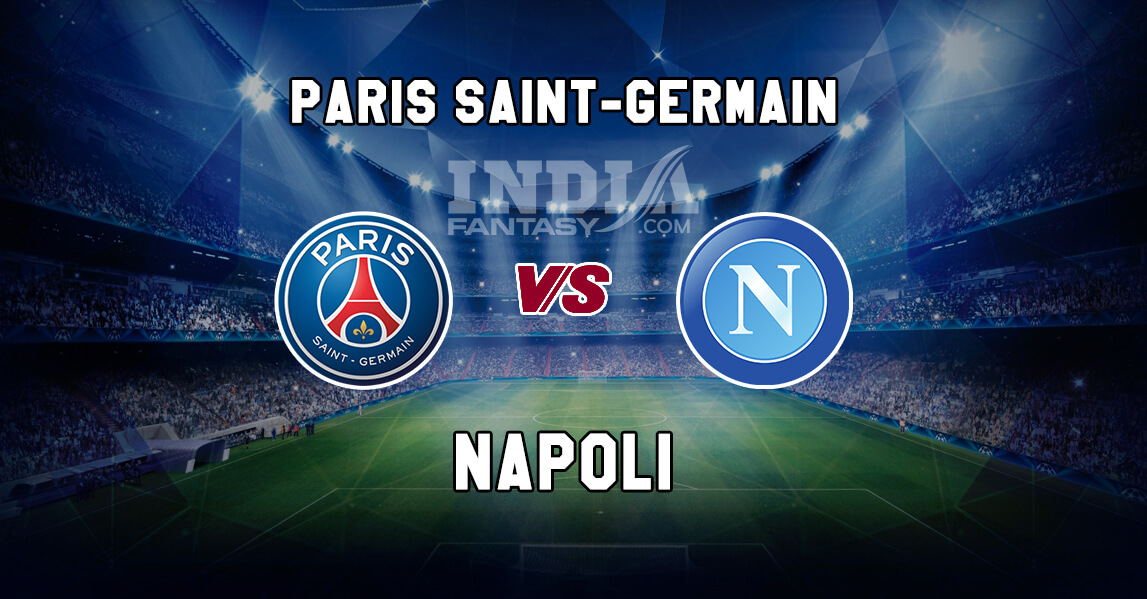 PSG vs NAP Dream11 MATCH PREVIEW:
Carlo Ancelotti will hope for a result which could be a good merit for their performances when they host Ligue 1 giants Paris Saint-Germain in the Champions League, tomorrow, on Tuesday night (IST).

Napoli:
The way Napoli played in the last European game at Parc des Princes, PSG may come on guard for this particular clash. Call it Thomas Tuchel’s tactical imbalances or PSG’s on-field player’s disparaging attitude, the Italian giant ended up having more time on the ball than they would have discussed in the pre-match meeting.

On the whole, the result was indeed a good reflection of the way things panned out, especially in the 2nd half. The Parisians improved as the clock ticked over towards the end and got the equalizer at the least expected time.

Napoli’s last loss came more than a month ago against the mighty Juventus. Since then they have played six games, drawn twice and won four times including a 1-0 home win over Liverpool in the Champions League.

The Naples can certainly win the match and that shouldn’t come as a shock.

Paris Saint-Germain:
With each passing week, it looks highly unlikely that Paris Saint-Germain could lose a game in Ligue 1. Such has been their dominance that after just 12 games, they sit a huge 11 points away from 2nd placed Montpellier. Though expecting them to win all their games is way too much even for the mighty Parisians, but Tuchel’s men have the talent and the depth to go the whole season unbeaten in France’s domestic campaign.

While in Europe, the story is completely different. They don’t like the same force in the Champions League and it always feels as if they are going to bottle up anytime against the more formidable opponents.

Liverpool made them look like a team from England’s 2nd tier while Napoli were relentless at their own fortress. The ghost has to be buried. Neymar was signed for this kind of job, but at this moment he looks dejected and unmoved by PSG’s apathy in Europe.

Napoli:
Injured – Vlad Chiriches will be missing the match due to the ankle injury. Simone Verdi and Amin Younes are also expected to miss this match.
Suspended – None
Questionable – Alex Meret and Sebastiano Luperto have both been listed as questionable and will be assessed ahead of this match.
Note: Carlo Ancelotti made a whole lot of changes for the match against Genoa at the weekend. The likes of Marek Hamsik, David Ospina, Mario Rui and Allan were all benched and are expected to start from the off in this match.
Key Players – Insigne, Mertens

Paris Saint-Germain:
Injured – PSG will be travelling to Naples without Dani Alves and Kurzawa. Both remain long-term absentee.
Suspended – None
Questionable – Edinson Cavani hasn’t played since the home clash against Napoli. He is in the squad but remains doubtful.
Note: PSG have scored in every Champions League game since a 0-1 loss against Manchester City in April 2016.
Key Players – Neymar, Mbappe 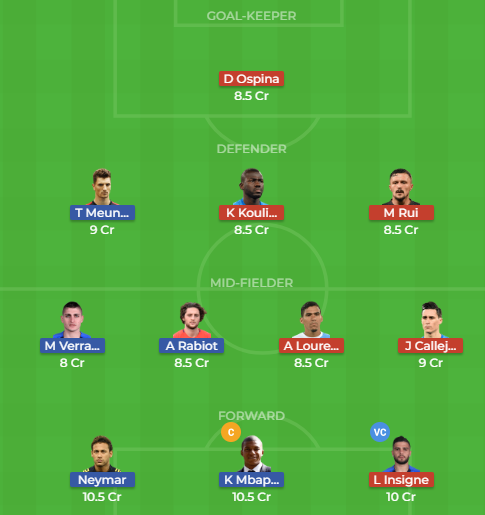 INDIA FANTASY PREDICTION:
Forget about PSG’s first 12 games in Ligue 1, they were going to win them anyway. This is Thomas Tuchel’s most important game as a PSG manager. If the French side loses they will be in serious danger of getting knocked out from the Champions League. God knows what will be the reaction in Paris and Qatar.

While for Napoli, this is an equally important game and we expect them to feed on the energy of Stadio San Paolo.
The home team not to lose.

THIS PSG vs NAP Dream11 MATCH PREVIEW IS BASED ON OUR RESEARCH AND UNDERSTANDING FROM VARIOUS NEWS SOURCES. YOU CAN SELECT YOUR OWN PLAYING 11 ON THE BASIS OF TEAM NEWS AND ALL THE OTHER INFORMATION REQUIRED FROM THIS WEBSITE. USING OUR TEAMS IN ANY CONTEST WILL INCREASE THE PROBABILITY OF HAVING THE SAME EXACT TEAM WITH OTHER USERS CAN LEAD TO THE WINNINGS SPLIT.