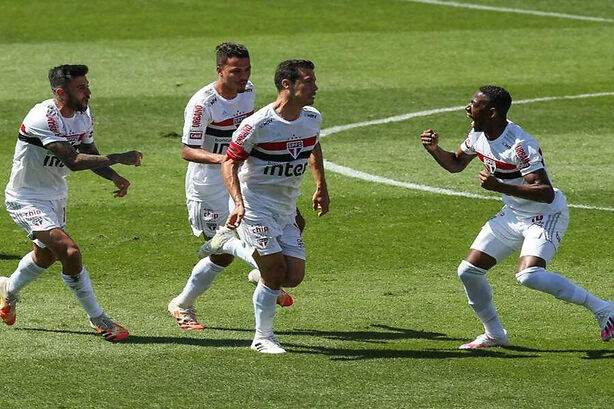 SAPL vs SNA Dream11: Sao Paulo will be squaring off to Santo Andre in the forthcoming fixture of the Brazilian Paulista. The game will be hosted at the Cicero Pompeu de Toledo Stadium. Talking about the standings, Sao Paulo is third in Group B with a point, having drawn and lost two games. As for Santo Andre, they are in at second in Group with five points. Santo Andre has won one, drawn two and lost one game in the ongoing campaign. That said, we can expect the fixture ahead to be an intriguing affair, and here is the SAPL vs SNA Dream11 Prediction for the upcoming contest.

From the last six meetings between the two sides, it’s Sao Paulo that has the upper hand with four wins in comparison to Santo Andre’s one win. One game has also ended on level terms.

Jonathan Calleri has scored two goals from the three appearances in the season so far for Sao Paulo. He is expected to lead the line of attack.

Alisson has a goal from the last three appearances for Sao Paulo. He is likely to start on the right flank for his side here.

Fernandinho and Ronaldo have scored a goal each from the last two appearances for Santo Andre. They are in contention of starting here.