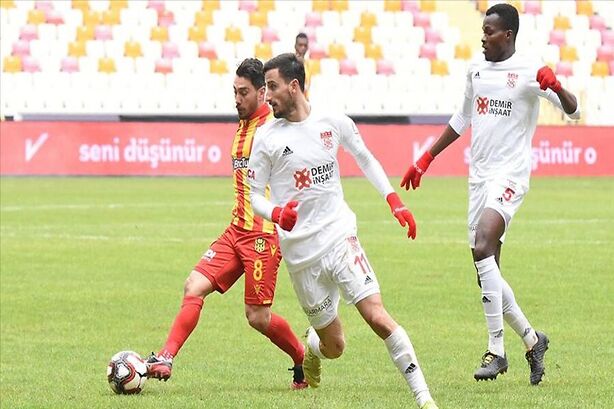 SIV vs YEN Dream11:  Sivasspor will be back in action as they take on Yeni Maltyaspor in the forthcoming Turkish League fixture. The game will be hosted at the Yeni Sivas Elyul Stadyumu.  Talking about the standings, Sivasspor is in at 12th with 31 points on board. They’ve won one, drawn two and lost two of their previous five fixtures. Meanwhile, Yeni Malatyaspor is right at the bottom with 16 points to their names.  Yeni Malatyaspor is 10 points adrift of the safe zone and are very much in contention of relegating into the lower division at this rate.  With both sides having struggles of their own, we can anticipate the fixture ahead to be a cagey affair. That said, here is the SIV vs YEN Dream11 Prediction for the upcoming contest.

From the last six meetings between the two sides, it’s Sivasspor that has the edge with three wins in comparison to Yeni Maltyaspor’s two wins. One game has also ended on level terms.

Max Alain Gradel can pack a punch in the final third region for Sivasspor. Gradel has bagged two goals and also has seven assists from the 19 appearances this season.

Adam Buyuk has registered five goals and also has two assists from the 21 appearances in the season so far for Yeni Malatyaspor. He is expected to start here.

Faycal Fajr has bagged two goals and also has four assists to his name from the 17 appearances in the league season so far for Sivasspor.

The odds are in favor of Sivasspor to get the win by 1.64 as per 1XBET.