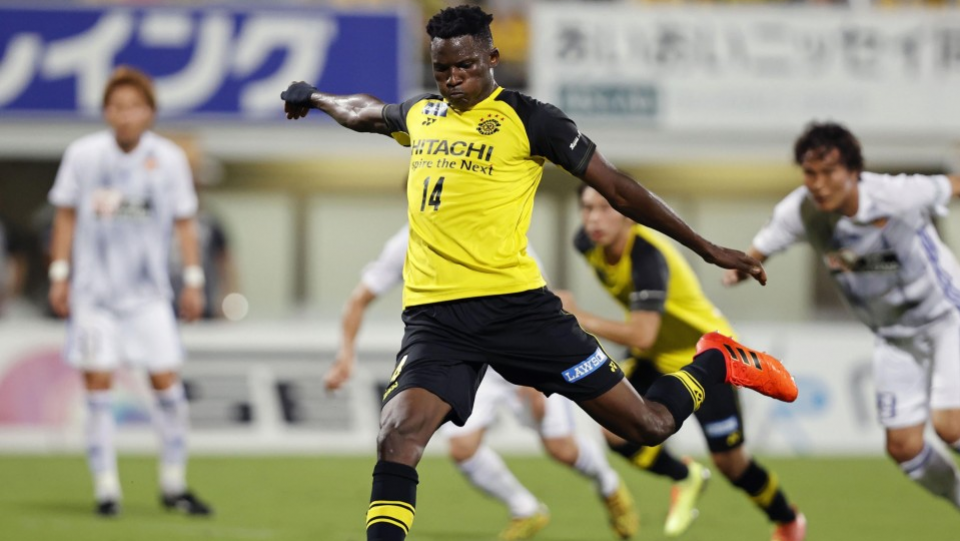 TKY vs REY Dream11 Prediction: FC Tokyo will be looking to snap a two-game skid in J League when they play host to Kashiwa Reysol at Ajinomoto Stadium on Wednesday afternoon (IST). Here is TKY vs REY Dream 11 Match Prediction.
It has clearly been a disappointing season for Tokyo. After finishing second last season and just six points off eventual champions Yokohama FM, they were at least expected to be in contention for the title, but it has been anything other than a surge, and a tilt. For Tokyo are fourth heading into this match, a higher 18 points worse off current leader Kawasaki. The title is almost gone considering only seven rounds left to play for them. The least they can aim, and hope to salvage the season to some extent, is to finish in top three and qualify for the AFC Champions League.
Kawasaki Reysol are definitely not short of the targets they may have set for themselves at the start of the season. In fact, they have exceeded them in every aspect, after all, for a promoted team, a possible top-half finish is not a normal thing. They are 9th but could even sneak into top-six with a strong finish to the season.

FC Tokyo: As mentioned, they lost the last two games, failing to score in both of them. It was the third instance in four games where they failed to get on the scoresheet. Tokyo are the worst defensive unit in top six having shipped off 34 goals in 27 rounds.
Kashiwa Reysol: Coming into this game off the back of a two-game losing run. But nothing can take the shine away from the season they have had. Reysol have won 11 times in previous 24 rounds, losing nine and drawing four games.

Injury Report, Unavailability:
Arthur Silva was sent off during 0-4 home defeat against Yokohama FM. He is set to serve suspension and won’t be involved as a result.
Joan Oumari was excluded from the last game due to a knock. He will be a game-time call.
Expected changes:
Takuya Uchida is an option to replace the suspended Arthur Silva in the playing 11.
Hotaka Nakamura is also an option but he is likely to feature from the bench in this TKY vs REY Dream11 Team Prediction match.
TKY Playing 11 (probables):
A Hayashi (GK)
T Nakamura
T Watanabe
M Morishige
R Ogawa
Takuya Uchida
S Abe
H Mita
K Tagawa
K Nagai
D Oliveira

Injury Report, Unavailability: No injury issues for the away team. All the players are available for selection for this match.
Expected changes:
Midfielder Masatoshi Mihara will be returning to the team after missing the last game due to a suspension. Hidekazu Otani is the likeliest player making way for him in the playing 11. So make better prediciton while drafting players for TKY vs REY Dream11 Teams.
REY Playing 11 (probables):
S Kim (GK)
T Koga
T Ominami
T Yamashita
K Kitazume
H Otani / M Mihara
Richardson
H Nakama
A Esaka
Cristiano
M Olunga

Michael Olunga: No word can really do justice to the incredible season he has had. He has just awesome all season, a player playing at his own lofty level, with no other player even coming close to his exploits. He should be your first option for the captain role in this match.
Games: 23
Goals: 23
Assists: 01
Passing: 77%

Diego Oliveira: The 30-year-old Brazilian has had a decent season for FC Tokyo, hitting 8 goals in 24 rounds. He is a good captain option in Dream 11 prediction teams.
Games: 24
Goals: 08
Assists: 01
Passing: 77%

Ataru Esaka: Reysol have been lucky that, despite getting promoted, they still managed to get some good players and more importantly, most of them are playing incredibly well. Esaka is one of them.
Games: 24
Goals: 08
Assists: 07
Passing: 85%

Kensuke Nagai: Can be too hot to handle at times, for he is capable of setting his teammates up while his eye for the goal can’t be questioned as well.
Games: 21
Goals: 03
Assists: 03
Passing: 81%

Kyosuke Tagawa: The 21-year-old has been a consistent fixture in Tokyo’s team this season. His creativity and late runs to the box are hard to contain for the opponnets.
Games: 17
Goals: 02
Assists: 03
Passing: 84%

Cristiano da Silva: His ability to take on defenders, and the vision makes him a very dangerous preposition in any game. He is worth the shot as captain in at least one grand league team.
Games: 06
Goals: 00
Assists: 05
Passing: 84%

Both teams arrive in this game off a two-game losing run, but FC Tokyo have a better roster and they are also the host. No surprise then, as you can see, the Today Match Prediction odds above, the home team is being seen as a favourite to win this match. So choose your TKY vs REY Dream11 Match Prediction teams wisely.