USA vs MEX Dream11 Prediction: A CONCACAF Gold Cup final that many will have predicted before the start of the tournament, sees United States and Mexico set to lock horns. A late goal from Gyasi Zardes saw Gregg Berhalter’s side overcome Qatar in a hard-fought 1-0 win whilst Mexico left it even later, scoring in the 99th minute of injury time through midfielder Hector Herrera to seal a 2-1 victory against a brave Canada.

United States have clearly prioritised defensive stability within their playstyle and this has proved the key factor to them reaching this stage, having conceded just one goal throughout the tournament and their backline will need to be at their best once again against a Mexican outfit who have racked up five goals across their two knockout matches. As you would expect in a big final, neither team are likely to take any unnecessary risks going forward that could leave them open to the counter attack. Therefore, a tight and slow affair looks on the cards. With that in mind, under 2.5 scored over 90 minutes looks very much the smart play regardless of who ultimately triumphs.

Where to watch USA vs Mexico Gold Cup Live Score and Live Stream? No live streaming in India.

Expected changes and Strategy: Owing to a completely injury-free squad available to choose from, USA boss does not have any fitness worries to report coming into this game.

Injury Report and Unavailability: There are no injury or suspension concerns for Mexico ahead of this semi-final fixture.

Expected changes and Strategy: Gerardo Martino made two changes to his lineup against Honduras in the quarter-finals and Mexico are likely to retain this side for the finals. 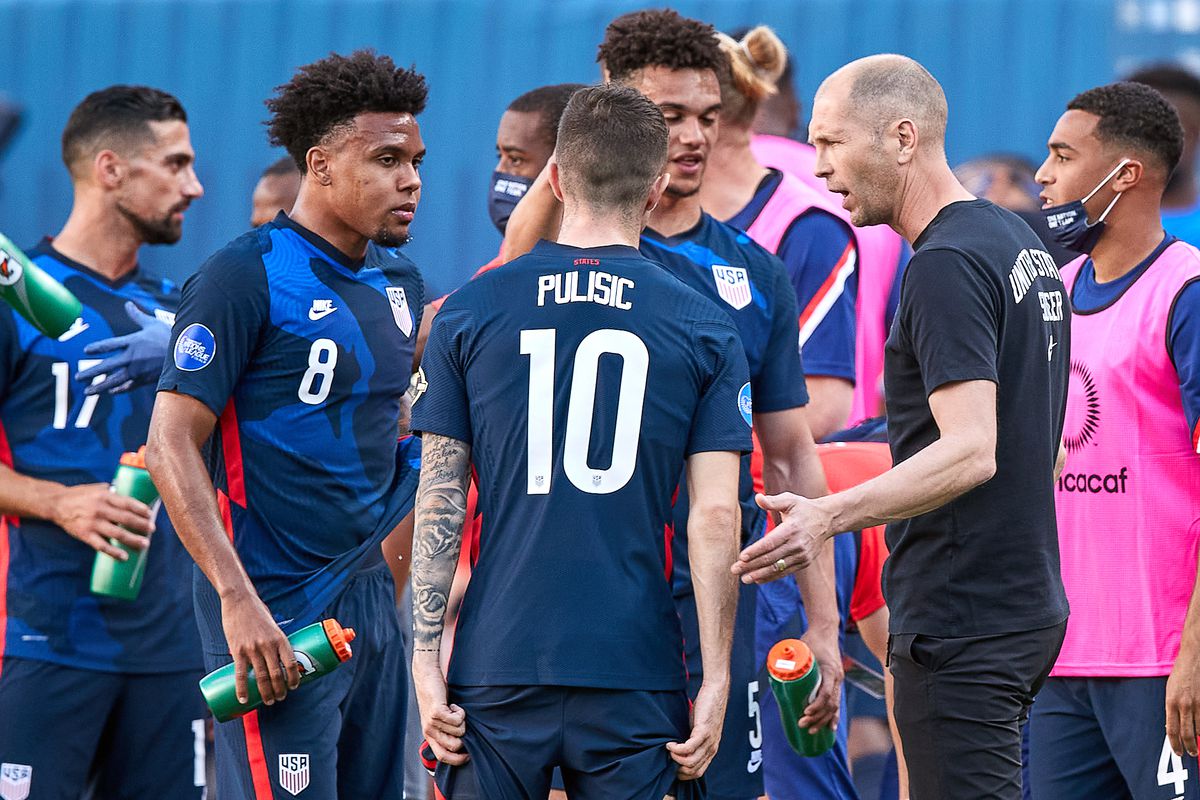 Rogelio Funes Mori: Mori has 3 goals and a total of 16 shots on goals. This results in a goal conversion rate of 37.79%. He had a total of 6 big chances. He has a total of 2 assist, 9 key passes and he created a total of 7 chances.

Daryl Dike: Dike has 2 goals and a total of 8 shots on goals. This results in a goal conversion rate of 34.78%. He had a total of 3 big chances. He has a total of 1 assists, 5 key passes and he created a total of 5 chances.

Orbelin Pineda: Pineda has 3 goals and a total of 8 shots on goals. This results in a goal conversion rate of 34.78%. He had a total of 3 big chances. He has a total of 1 assists, 5 key passes and he created a total of 5 chances.

USA were given a run for their money by Qatar and will need to take it up a notch this weekend. Mexico are the reigning champions and will be intent on defending their Gold Cup crown on Sunday. El Tri are the better team on paper and hold a slight upper hand going into this game. In our USA vs MEX Today Match Prediction odds, we back for a 2-1 win for Mexico in this match.

Jeet Ghosh is a Football Journalist, living and working in Kolkata with years of experience. He is a Post Graduate in Journalism and Mass Communication from Jadavpur University. Jeet is a sports lover but has a special liking for football. He has worked as a football writer with The Citizen, Sportsflashes, Sportskeeda. He follows the football leagues around the world and is somewhat partial towards Real Madrid.
Previous ArticleDJU vs BKH Drem11 Team Prediction Djurgarden vs Hacken Swedish League Live Score August 1
Next ArticleSLZ vs SVR Dream11 Team Prediction RB Salzburg vs Ried Austrian League Live Score August 1