“Impossible to think of Argentina without football”- PM Modi 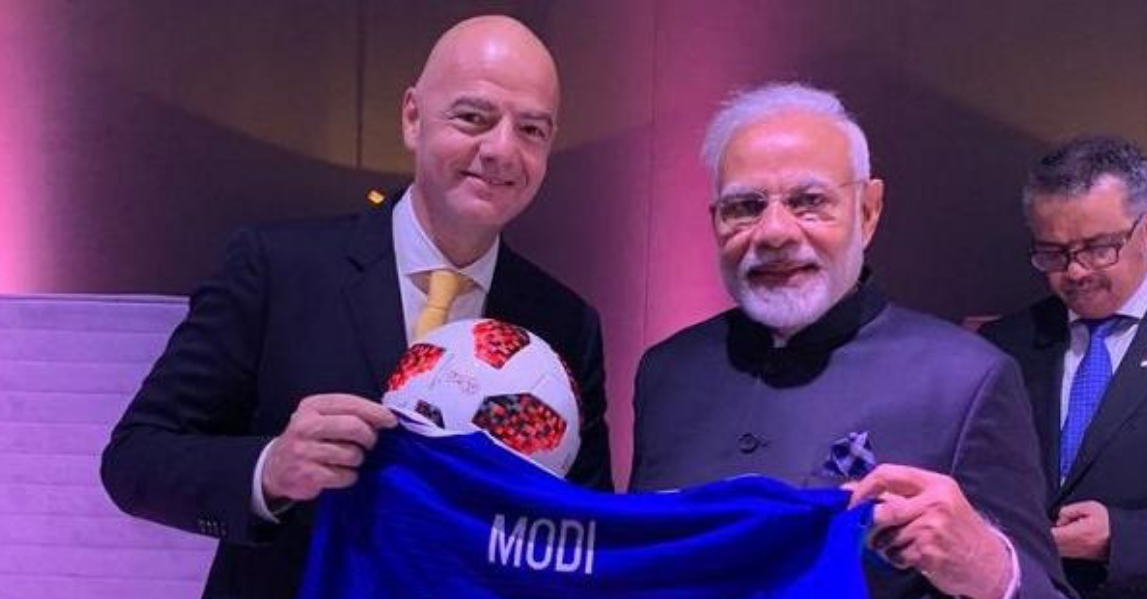 “Impossible to think of Argentina without football”- PM Modi

On Thursday, Indian Prime Minister Narendra Modi was in Argentina to attend the G-20 summit.
He was a part of high-profile meetings with the countries of G-summit, but Narendra Modi took some time for the Indian football fans and gave a statement regarding the Indian and Argentinean connection at the world stage.

PM Modi was there to address the elite members of the summit about the ‘Yoga for Peace’ event, and there he got to meet the FIFA president Gianni Infantino.
He gifted the Indian prime minister a blue jersey engraved Modi G20.
The duo posed for the clicks and shared some talks regarding the game and its development in India.

“It is Impossible to come to Argentina and not think about football. Argentinean players are immensely popular in India. Today, I received this jersey from FIFAcom President Gianni Infantino. I thank him for the kind gesture.”

Impossible to come to Argentina and not think about football. Argentinian players are tremendously popular in India.

Today, received this jersey from @FIFAcom President Gianni Infantino. I thank him for the kind gesture. pic.twitter.com/6IszG7fyFC

PM Modi continued to quote, “If Argentina is interested in Indian philosophy, art, music and dance, then there are millions of Indian that are a fan of Argentine football stars in India. Maradona’s name is used as a proverb in India,”

after the meeting, PM Modi took to Twitter and shared his thoughts about football in Argentina and India. His tweet regarding the Indian and Argentinean connection was picked up by several fans on Twitter, and they hailed the Indian Prime Minister for giving his precious time to football and discussing it at the world stage.

Well, Some made memes out of it!

The politics in India has taken charge of promoting football in India and they have ticked all the boxes so far.

I am Sports Fan precisely Cricket, Football, Tennis. I want to give my life to the sports media so that India will become a Sporting nation soon.
Previous ArticleManchester United star ruled out of tonight’s PL fixture against Southampton
Next ArticleBallon d’Or: Host issued mea culpa after the awkward incident with Ada Hergerberg